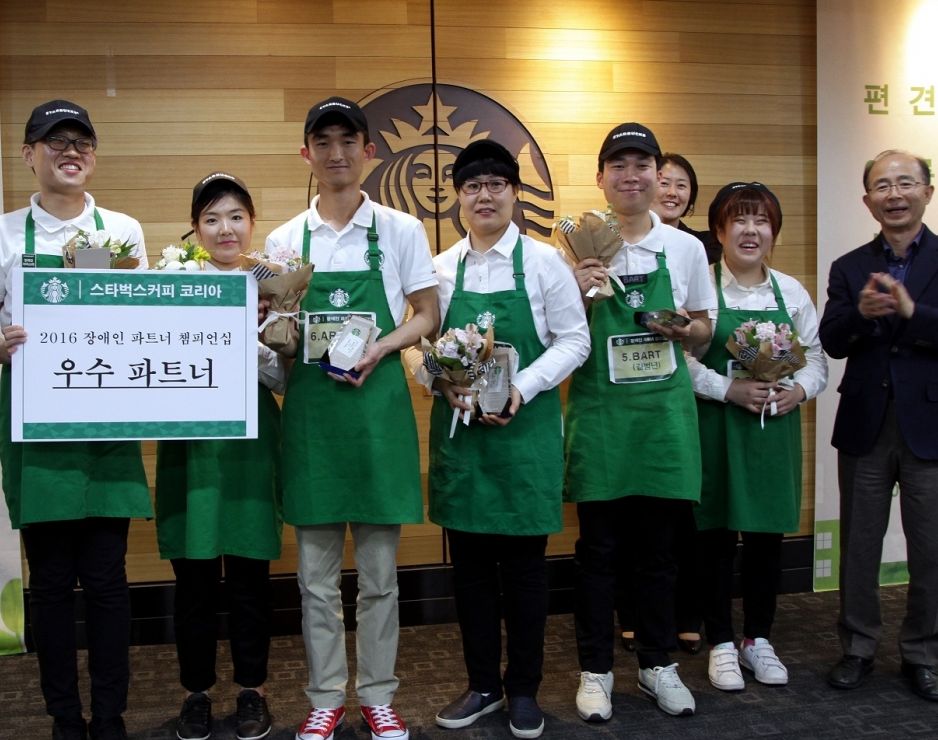 Seattle, 2016-Aug-24 — /EPR Retail News/ — Learning that she was the winner of Starbucks Korea’s Barista Championship for Partners with Disabilities was a surprise for Banny M.H. Choi.

“When I found out about this championship, I wasn’t sure if I could do it, but I decided to challenge myself,” said Choi, who has a hearing loss. “When they announced that I was the winner I couldn’t believe it. I didn’t expect to earn first prize because I was so nervous.”

Excelling in the competition was a source of pride for Choi.

“I have always tried my best to eliminate prejudice about the disabled,” Choi said. “After winning this competition, I am confident that I can do anything regardless of my disability.”

Starbucks Korea hosted the championship for the second consecutive year, as a way to recognize partners (employees) with disabilities. Choi and the remaining nine finalists were selected to participate based on recommendations from their district managers.

During the competition, they were judged by three partners from the Starbucks Coffee Leadership and Operations Service Team on beverage quality, speed of service, cleanliness and latte art. As the victor, Choi received a trophy and a Starbucks Card loaded with 100,000 Korean Won (approximately USD$90.00).

“We take pride in the fact that Starbucks is a welcoming workplace for everyone,” said S.K. Lee, president, Starbucks Coffee Korea. “We hope to demonstrate the talents of all our baristas and change perceptions about the abilities of people with disabilities.”

The company’s effort to hire and train people with disabilities has not gone unnoticed. In April, Starbucks Korea received the presidential award from the Korea Employment Agency for the Disabled and the Ministry of Employment and Labor.

“This year’s finalists had very impressive skills, which made it difficult to select one winner,” said Lee. “Next year, we will offer a competition in each market in the China and Asia Pacific region to recognize more of our partners.”