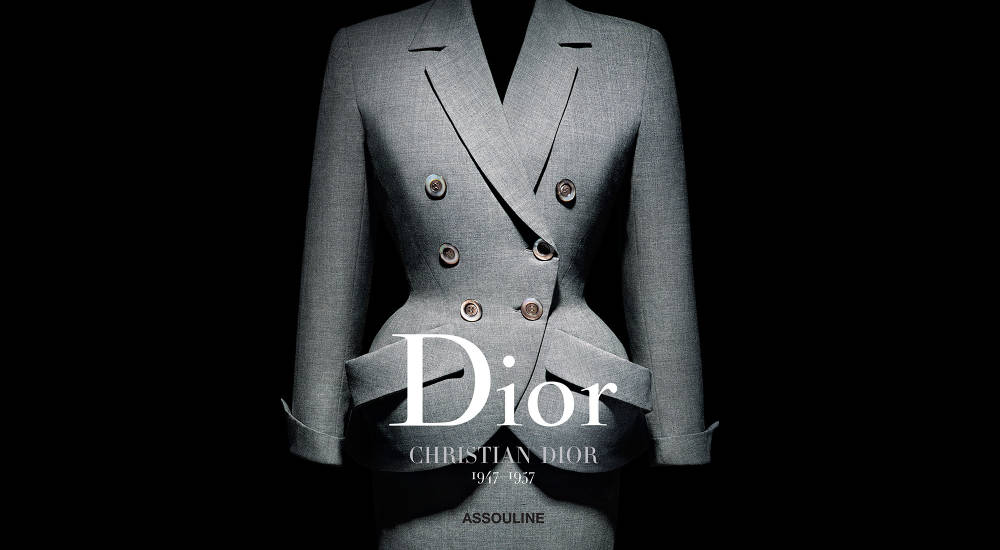 Paris, 2016-Dec-07 — /EPR Retail News/ — Seven volumes, one for each of the designers of the iconic couture house at 30 avenue Montaigne. To celebrate its 70th anniversary, Dior is paying homage to its seven creative directors with a book dedicated to each of them, compiled in an anthology featuring striking photographs by Laziz Hamani.

Founded in 1947, Dior is celebrating its 70th anniversary with the publication of seven books dedicated to the seven designers who have shaped the history of the couture house: Christian Dior, Yves Saint Laurent, Marc Bohan, Gianfranco Ferré, John Galliano, Raf Simons and Maria Grazia Chiuri. Each tome explores the world and creations of the designers who have marked the storied Maison.

Published in collaboration with Editions Assouline, the series begins with Dior by Christian Dior, evoking the most iconic haute couture designs by the founder of the Maison. The seminal 504-page book is richly illustrated with photographs by Laziz Hamani, resonating elegantly with the text written by fashion historian Olivier Saillard, who proposes an in-depth analysis of Christian Dior’s inspirations, influences and visions, along with warmly recounted details and anecdotes behind each of the 84 pieces selected. They include the now mythic creations designed by the couturier for his first collection, notably the iconic Bar suit.

Dior by Christian Dior will be published in December 2016, followed by the volumes dedicated to the six other emblematic Dior designers in 2017 and 2018.