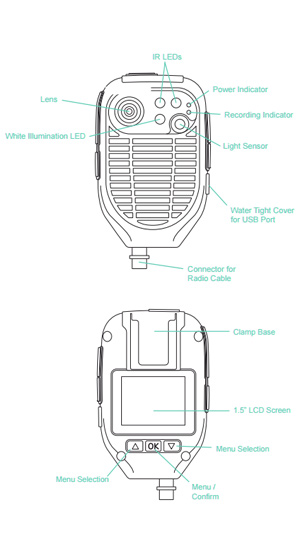 The Hague, Netherlands, 2017-Jul-07 — /EPR Retail News/ —  Body Cameras will be an indispensable device to encourage and enforce better practices by police forces in addition to increasing accountability for all who use them. They will also add protection and ensure candid interactions with the members of public.

The consequences are all too familiar in those unfortunate instances when public servants such as police officers are being recorded by the public on the job. More often than not, these recordings do not show the full picture as they tend to have started recording too late and can be damaging if taken out of context. Furthermore, research has shown that by introducing body cameras, forces in the UK and US have recorded a 93% drop in complaints made against them by the public.

Evidence suggests that body cameras will be an essential part of future police forces, security and other personnel that would value their introduction. The same research suggests that the cameras act as a preventive mechanism, triggering behavioural changes that “cool down” unpredictable encounters. Professionals operating in the field would welcome a body camera that would improve their jobs.

Through research, X-Systems has developed a product that security professionals and public servants alike will want to use. They have based their design on an already familiar device, the PTT devices that are the norm and has turned them into a body camera. Training is not needed to operate and they are compatible with all major PTT manufacturers.

The X-Surveillance DS300 is a Push to Talk Handheld body camera that doubles as a PTT handheld speaker/ microphone, minimising the need for additional equipment in an already heavy uniform. For the occasional problematic interaction, recording can begin by pressing a simple button on the opposite end of the talk button.

The X-Surveillance has been developed by X-Systems in The Netherlands together with a number of security experts throughout Europe. The devices are compliant to the most fundamental requests of both wearers, civilians, governments and corporations that take privacy seriously. The body camera is compliant with data protection regulations and the data is only accessible by an officer and control centre software. All recording come with Officer ID, date/ time and GPS location stamps that provide comprehensive data on all recordings.