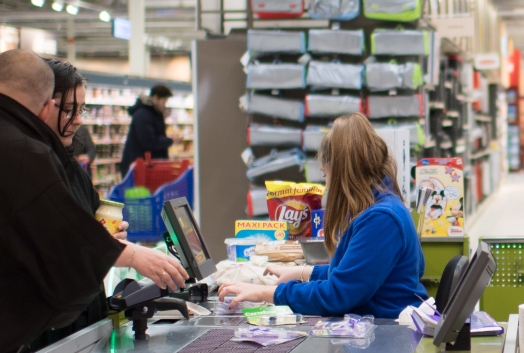 Carrefour partners with UN Women France to publish a prevention guide: “Tackling violence against women in the workplace”

Boulogne-Billancourt, France, 2017-Nov-21 — /EPR Retail News/ — Within the framework of “Orange Day” launched by UN Women France on 25 November to end violence against women and as part of 16 days of activism against gender-based violence, Carrefour has joined forces with the association to publish a prevention guide: “Tackling violence against women in the workplace”. Its aim is to more effectively prevent and detect instances of violence, as well as providing people with support – be they witnesses or victims. This guide is yet another illustration of Carrefour’s commitment to gender equality – something it has been spearheading since 2011 through its Women Leaders action programme. This partnership between Carrefour and the UN Women France will also involve Market stores running donation campaigns on 25 and 26 November to support the association’s various programmes and help women and girls who are victims of violence.

Precisely understanding violence and providing people with support Working alongside UN Women France that Carrefour has been partnering since 2013, on 25 November, it will be publishing a guide to preventing violence against women for HR managers in Carrefour’s 231 hypermarkets and more than 1000 Market supermarkets, the aim being to help everybody to precisely understand how violence can be manifested and to actively listen to people affected. 15,000 copies of the guide will be produced and will also be distributed to the Group’s employees in order to raise their awareness, keep them informed and support them. It will also direct victims of violence to appropriate bodies in both the charity and public sectors.

The initiative complements an active listening and psychological support service – Carrefour’s “Psya” – which has been in operation since 2012. The service is free and anonymous, and can be accessed 24 hours a day, seven days a week by telephone.

Outside France, Carrefour is also involved in initiatives to eliminate violence against women. Working with both UN Women and a number of other local NGOs, Carrefour has set up awareness-raising and prevention campaigns in Spain, Italy, Romania and Argentina where, for example, a “gender-based violence committee” and 200 store managers and directors have been trained so they can identify instances of violence and provide the victims with support.

The “Turn the World Orange” campaign with Carrefour Market for UN Women
On 25 and 26 November, Carrefour Market will be organising a campaign to support UN Women France. It will give €0.30 to the charity for every 2 kg bag of oranges purchased in any of its stores. The aim is to raise several thousand euros in 48 hours to help finance programmes set up to help women and little girls who are victims of violence.

Céline Mas, vice president of UN Women France emphasises that Carrefour’s initiative “has made it possible to produce an accurate guide which helps women overcome their powerlessness in the face of traumatic and delicate situations. Supplemented by the listening service, it helps people understand that unfortunately, violence can occur at all levels in an organisation. It also helps employees and their managers find the right words and take concrete action to eliminate violence. And it makes all this possible even though when the issue suddenly rears its head in the workplace, it immediately makes people feel uneasy and can sometimes make it more complicated for the people concerned to rapidly take initiative. Indeed, we still do not always know how to react appropriately when confronted with violence – we are only human”.

Supporting the employability of women who are victims of violence
Carrefour is also committed to helping women who are victims of domestic violence get jobs. An initial agreement has been signed in southern France by the deputy state representative of the Var département, local divisions of France’s housing and social rehabilitation centres, Carrefour Market stores and the département’s six Carrefour hypermarkets. A number of women have already been hired through this agreement. Other recruitment drives are in progress.

Carrefour’s aim is to implement initiatives such as this one elsewhere in France and beyond. In Romania, a similar scheme which began in 2016 has already helped several women who have suffered domestic violence to find jobs at Carrefour, and an emergency freephone number available 24 hours a day, seven days a week has been set up.

Promoting gender equality at all levels of the company and across all professions
Carrefour supports the professional development of its employees and attaches particular importance to the role that women – who make up 57.5% of its staff – play within the company. In a bid to help them get promoted to senior management level, Carrefour launched the Women Leaders programme in 2011.      While encapsulating the joint ambition that is shared by all the countries in which the Group operates, this programme is also tailored to cater to specific local situations, encouraging people to share examples of best practice. These initiatives have a tangible impact: there has been a 10.7% increase in the numbers of women in managerial roles – they now account for 39.2% of the Group’s management. And women make up 42% of the Board of Directors.

The Women Leaders programme is implemented on various fronts in each of the Group’s countries with the support of UN Women, with mentoring schemes in France, Italy and Argentina, and the appointment of careers committees whose job is to identify female talent. It has also set up women’s networks (France and Italy, Brazil) and company nurseries, as well as providing women with support when they return from maternity leave and extending paternity leave (Argentina).