The pro football star filled out a Geek Squad job app Sunday night and, true to Geek Squad tradition was deputized in record time by Geek Squad Chief Inspector Nate Bauer Monday morning. With that came a nifty new badge. (It usually takes 18 months for agents to earn one.)

No doubt excited, Von took to social media to show it off.

Later, he shared with everyone his firsthand experience assisting on a house call with Agent Bauer and rolling in the brand-new Toyota Prius C Geekmobile that was revealed Monday.

The world took notice. His posts on Instagram generated almost 200,000 total views and 53,000 likes. And, on Twitter, he was retweeted nearly 600 times.

Sports Illustrated was impressed by Von’s geeky new gig, and Fox Sports definitely felt all that geek love, too.

Best Buy and Geek Squad could not be more pumped to have Agent Miller join the team, if only for one day. 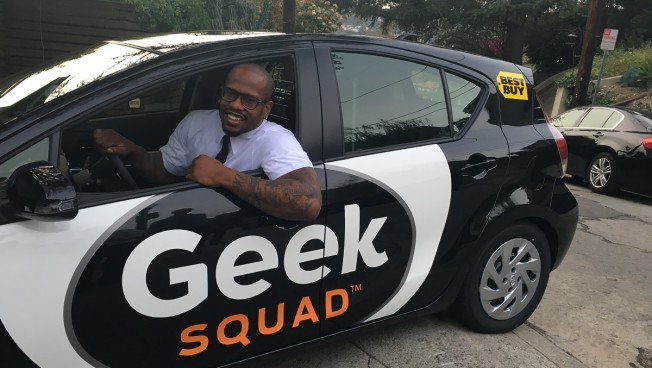