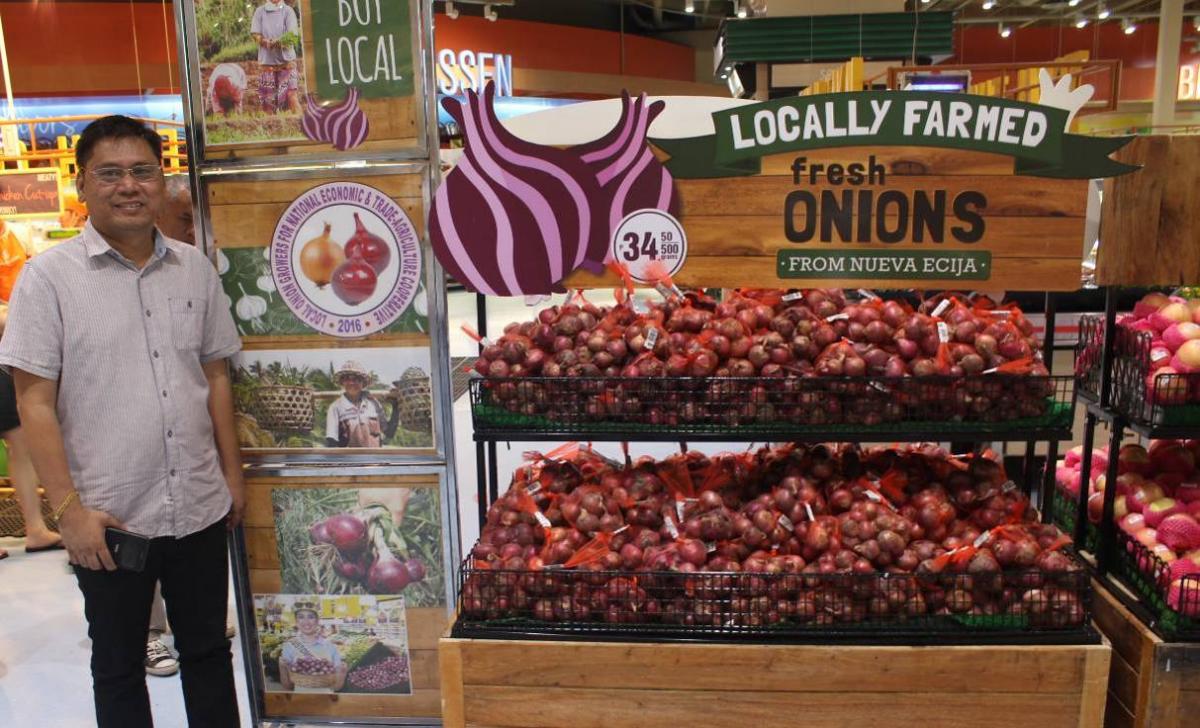 Pasay City, Philippines, 2017-Mar-08 — /EPR Retail News/ — In the fourth quarter of last year, the Department of Agriculture (DA) with the help of Go Negosyo, finalized an agreement with supermarket and restaurant chains to source directly from local onion farmers and help them sell their produce. As the first to support the initiative, SM Markets immediately ordered and successfully moved 20 metric tons of Nueva Ecija onions. To continue its support, the company has already placed a new order of 100 metric tons or approximately 90,718.5 kilos of red and white onions from Nueva Ecija-based BONEA Multi-purpose cooperative, the local source endorsed by DA Secretary Manny Piñol. The onions are expected to arrive on the second week of March and will be available in select SM Supermarket, SM Hypermarket, Savemore Market, and Waltermart branches in Metro Manila.

SM Markets’ continuing support is part of the SM group’s commitment to the government and Go Negosyo’s initiative to promote produce grown by local farmers. Led by Agriculture Secretary Manny Piñol and Presidential Adviser on Economic Enterprise Joey Concepcion, the program aims to provide local farmers better access to the market through SM’s chain of stores and other retailers all over Metro Manila.

“Our customers have embraced the DA’s initiative to help the local farmers of Nueva Ecija. We are very pleased to report that we have ordered more than double the previous quantity of onions and we are making it available in more SM Markets stores this time. So far, the partnership between DA and major retailers is going well and we are looking forward to more joint ventures in the future,” says SM Markets consultant for external affairs Pong Ejercito.

With 48 SM Supermarket branches, 146 Savemore Market stores, and 44 SM Hypermarkets, SM Markets remain the largest food retail chain in the country. The group bagged the Philippine Retailers Association’s Best Supermarket award two years in a row with SM Hypermarket gaining Hall of Fame status in 2015. SM Markets has also won numerous DTI Gold Bagwis Service Excellence Seals with SM Supermarket being the first food retailer to win the Corporate Gold Bagwis Seal in 2014 with SM Hypermarket and Savemore Market following a year after. As one of the pioneering supermarket chains in the country, SM Markets continues to deliver world-class products and services to over 230 cities and municipalities nationwide and counting.