Hypermart Matos is one of the pioneer of modern retail outlets in Malang city which opened back in 2005. This outlet was adapting the G3 concept before being renovated to the latest G7 concept. Fashion and Beauty center was renewed and expanded to fit the consumers’ lifestyle which continues to grow, coupled with Ready to Eat area which offers a more diverse selection of foods. Bulk food is more complete with the modern concept display. HypermartG7 also brings the concept of environmentally friendly by using LED technology. 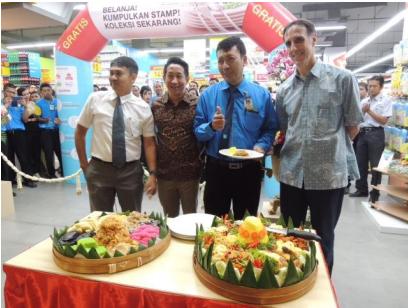