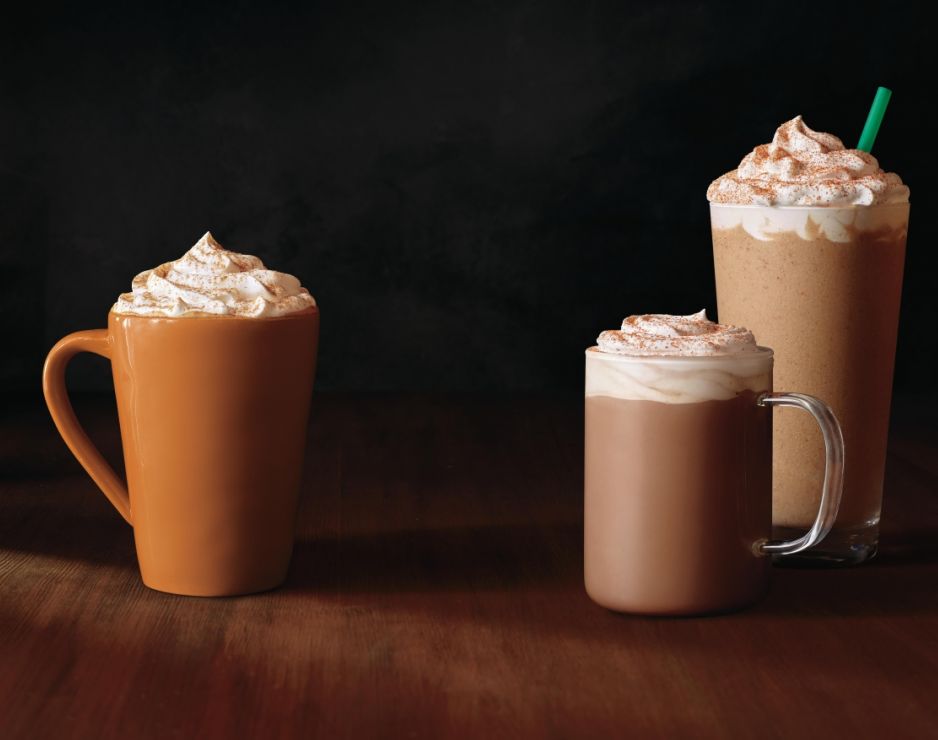 Seattle, 2016-Sep-05 — /EPR Retail News/ — With the cooler weather setting in soon, Starbucks spices up this autumn with Pumpkin Spice Latte and the new Chile Mocha.

Making its 13th consecutive seasonal debut, Pumpkin Spice Latte (affectionately known as “PSL”) is Starbucks most popular seasonal beverage of all time. The fall favorite is made with pumpkin spice sauce with real pumpkin, cinnamon, ginger, clove and nutmeg. It’s handcrafted with espresso and steamed milk, and topped off with whipped cream and a dash of pumpkin pie topping. PSL can also be enjoyed served over ice or as a Frappuccino® blended beverage. And, new this fall, Starbucks customers can try PSL with almondmilk in select U.S. markets.

Although the official fall launch at Starbucks is September 6, PSL fans will be able to order the drink beginning today (September 1). Customers can choose to get an early access code from @TheRealPSL or just stop by a Starbucks store.

Now a global phenomenon, PSL will be available at stores throughout the Northern Hemisphere, in more than 50 countries throughout the Americas and EMEA (Europe, Middle East and Africa) regions.

PSL will be joined by the new Chile Mocha, bringing a little heat to the fall spice mix.

“When we think about fall, often people think about warmth and spice, like cinnamon and apple pie,” Sundquist said. “We decided to take that idea in a new direction with chocolate and a bit of heat.”

The team was inspired by other sweet and spicy flavors such as mole, horchata and a thick Mexican drink called champurrado. In addition, they explored a variety of chile peppers along the heat scale and settled on ancho, a heart-shaped pepper with mild heat and a sweet fruity flavor, and a touch of cayenne.

“We found that the ancho chile and cayenne perfectly complemented chocolate,” she said. “It has a sweet touch to it, with an approachable amount of heat.”

The new Chile Mocha, available in participating stores in the U.S. and Canada starting September 6, is made with espresso and steamed milk infused with a cocoa and cinnamon powder, topped with a dollop of whipped cream and finished with a sprinkle of Chile Mocha topping consisting of ancho and cayenne chile pepper, cinnamon, paprika, sugar and a touch of sea salt. It’s also delicious as a Frappuccino blended beverage or even coffee-free as hot chocolate.

“The first sip should be warm and chocolatey, quickly followed by the creaminess of the whip and just a kiss of sweet and savory heat all at once,” said Sundquist. 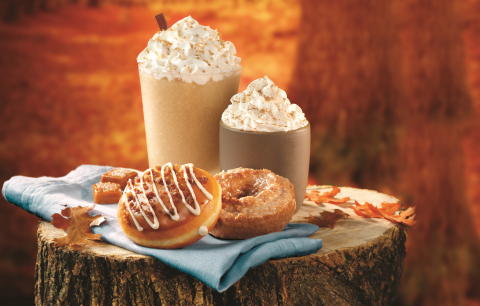 The Salted Caramel Latte Doughnut is an espresso Kreme™ filled doughnut and topped with a salted caramel icing and salted sugar blend. An espresso icing drizzle tops off this perfect fall treat.

The Pumpkin Spice Latte features a pumpkin spice blend and is topped with whipped cream and pumpkin topping. This beverage can be enjoyed hot, iced or frozen.

“Each year we always look forward to the classic flavors of fall,” said Jackie Woodward, Chief Marketing Officer at Krispy Kreme Doughnuts. “Our fans crave these seasonally inspired treats, and the pairing of a Pumpkin Spice Latte and one of our doughnuts makes for the perfect comfort food as the weather starts to cool down.”

Krispy Kreme’s pumpkin flavored products have been appearing seasonally in shops for more than a decade and are frequently noted by our guests as one of the best ways to get a pumpkin fix throughout the season.

Share these treats with your family and friends using #KrispyKreme all season long.

SEATTLE, 2015-8-25— /EPR Retail News/ — Pumpkin Spice Latte, Starbucks most popular seasonal beverage of all time, marks the return of autumn for many customers.

“When you taste PSL, it tastes just like fall,” said Peter Dukes, director of Espresso and Brewed Coffee for Starbucks.

As leaves change colors and fall nears, the product manager who led the development of Pumpkin Spice Latte (PSL) 12 years ago shares what’s new with the beverage which returns to Starbucks® stores in the U.S. and Canada on September 8, 2015.

When Dukes and his team first began developing a pumpkin spice beverage in spring of 2003, there weren’t many pumpkin products in the marketplace.

“When we first surveyed our customers with our top ideas for a new fall beverage, pumpkin scored right in the middle of the pack,” Dukes said. “But the uniqueness of the beverage was very high, and it caught our attention. We played with the spice and the level of sweetness, tasting hundreds of different versions. Ultimately, we found that the spicy notes of cinnamon, clove, ginger and nutmeg brought out the espresso – letting the coffee shine through.

Announced early last week on My Starbucks Idea, Dukes shared PSL will be returning this season made with real pumpkin, and without caramel coloring.

“After hearing from customers and partners about ingredients, we took another look at this beverage and why we created it so many years ago,” said Dukes. “It was simple – espresso, perfectly steamed milk, warm fall spices with delicious flavor of pumpkin pie that reminds you of the cool, crisp days of autumn. It’s the Pumpkin Spice Latte our customers have loved all along.”

Just as in year’s past, PSL’s biggest fans may have an opportunity to taste the beverage before it’s officially available, and are encouraged to following the official Twitter, Tumblr and new this year,Instagram accounts for “TheRealPSL” for the latest.

Starbucks Pumpkin Spice Latte is also available this fall in nearly 50 countries throughout the Americas and EMEA (Europe, Middle East and Africa) regions. 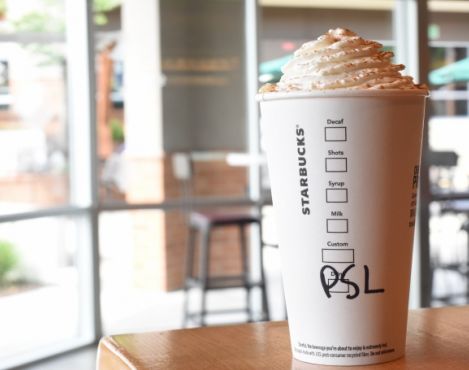 Pumpkin Spice Latte to return to Starbucks stores in the U.S. and Canada on September 8, 2015