Jaz Rabadia received a letter from the UK Prime Minister regarding an award she would receive from Queen Elizabeth II.

“I was in genuine disbelief when I saw the letter,” said Rabadia, senior manager of Energy and Initiatives for Starbucks UK. “I had to read it about 10 times for it to sink in.”

Rabadia will be honored as a Member of the Order of the British Empire (MBE) for her service to sustainability in the energy management sector and for promoting diversity in science, technology, engineering and mathematics. She will accept the MBE, which was established in 1917 to mark civilian achievements, from a member of the royal family at Buckingham Palace later this month.

“I’ve asked several of my colleagues and peers, but I still don’t know who nominated me for the award,” said Rabadia. “It’s truly an honor to be recognized in this way.”

The MBE is not the first time Rabadia has been honored for her commitment to the field of energy. She was named Young Energy Professional of the Year by the Energy Institute in 2014.

“Working in an exciting industry and being recognized by your peers is a great reward,” she said.

Rabadia is fairly new to Starbucks, having joined the company in a newly-created position about a year ago.

“Accepting an in-house energy role for a global organization was very appealing to me,” she said. “The fact that the organization was Starbucks and I would have a hand in shaping the role was an added bonus.”

In Rabadia’s role, she’s focused on influencing the sustainable design of new Starbucks stores and developing environmental engagement tools for existing stores in Europe, Middle East and Africa region. She brings more than nine years of energy experience to Starbucks, after receiving her degree in mechanical engineering from City University London. In her final project prior to graduation, she completed an energy study at a large supermarket chain in the UK. Her work to implement energy-saving initiatives there resulted in her first role in energy management.

“My project at University was how I fell into the world of energy,” she said. “After I got my foot in the door, I just continued to grow and learn as much as I could from the people around me.”

Rabadia found that being a young, female engineer was quite rare. She was often the only woman in the room during meetings at the companies where she has worked.

“At first, I thought this was a barrier, but I soon realized that it was an opportunity because I was bringing different ideas and a new perspective to the table,” she said. “I’m keen on breaking down the stereotypes about careers focused on energy. I want to bring home the message that energy management is needed in any organization. Case in point is my role at Starbucks.”

Rabadia also volunteers her time at schools and universities to promote careers in science, technology, engineering and math. “It’s great that Starbucks is an employer that allows me to give back,” she said. “I have the flexibility and support to serve society and get involved with projects for the greater good. That really is the ultimate reward.”

Photos will be added after the MBE recognition ceremony in mid-February. 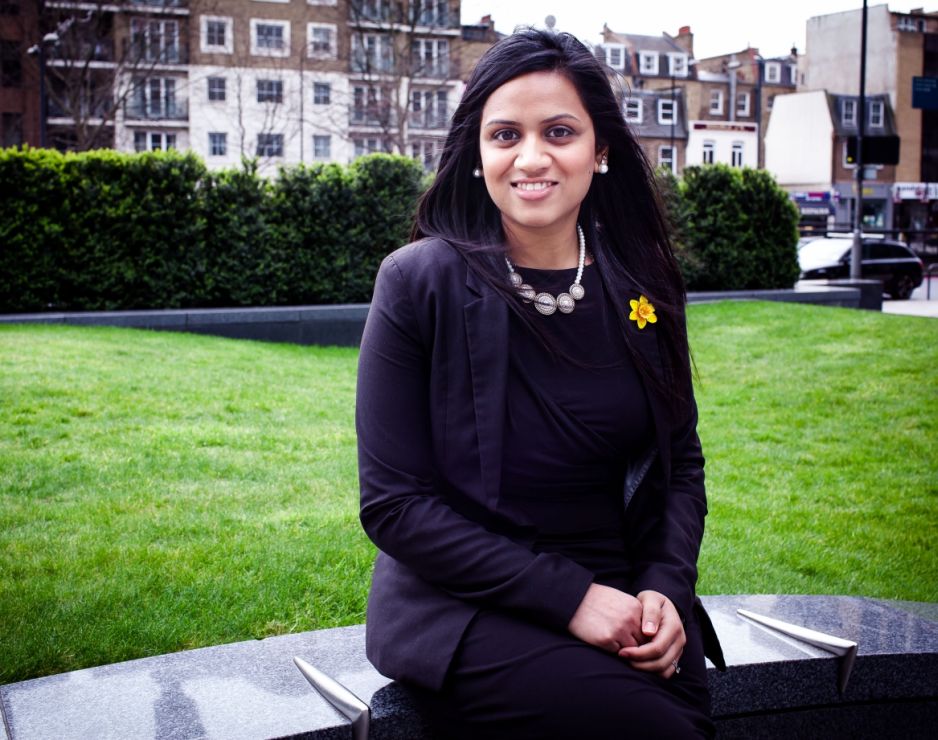