The iconic British designer will reprise her role from 2012 and will implement her design aesthetic into the official team kit as well as ranges of supporter’s apparel. To allow Team GB athletes at the Olympic Games and Paralympics GB athletes at the Paralympic Games to be at their very best adidas will also implement their innovative performance technology into the official team kit.

Building on the momentum from 2012, where the adidas Team GB replica kits sold out all over the country and became the most successful Olympic range ever, the range for Rio will be a brand new design and is set to be unveiled in April 2016. It will also include cutting edge yet to be launched adidas innovations that will help athletes on the world’s biggest sporting stage.

With just over one year to go until the XXXI Olympic Games and the XV Paralympic Games sports brand adidas also revealed an insight into the design process with a selection of stills and a short piece of video content that showcases the unique collaboration with the designer.

Barry Moore, adidas UK Brand Director, said: “Three years ago we set the benchmark. Today we take the first step on our mission to create a new one. Bringing together our innovative sports technology with the designs from Stella McCartney will allow our athletes to perform better than ever before.”

Stella McCartney said; “”I am thrilled to be back with adidas as Creative Director for Team GB for the Rio 2016 Olympics Games. It is a great honour to work with our great athletes again to make them proud with the designs we are creating for them.”

Olympic gold medalist Jessica Ennis-Hill said; “It is fantastic that Stella McCartney is back working with adidas as the Creative Director for the Team GB Rio 2016 kit. The kit in London 2012 was so iconic and was part of so many special memories for me personally. I am looking forward to seeing the new designs made up and hopefully I will get to wear them and be part of another incredible Olympics in 2016.”

Bill Sweeney, Chief Executive Officer of the British Olympic Association, said; ““At the London 2012 Olympics, Team GB was instantly recognisable to fans thanks to Stella McCartney. We are therefore thrilled to have Stella back on board as the Creative Director for the Team GB adidas competition and village wear at the Rio 2016 Olympic Games. We can’t wait for fans to see our latest unique look when fashion meets sport created by Stella.”

About adidas
adidas is a global designer, developer and marketer of athletic footwear, apparel and accessories with the mission to be the leading sports brand in the world.  Brand adidas is part of the adidas Group, a corporation that includes brands such as Reebok, TaylorMade and Rockport.

About the adidas Group
The adidas Group is a global leader in the sporting goods industry, offering a broad portfolio of footwear, apparel and hardware for sport and lifestyle around the core brands adidas, Reebok, TaylorMade, Rockport and Reebok-CCM Hockey. Headquartered in Herzogenaurach/Germany, the Group employs more than 50,000 people across the globe and generated sales of € 14.5 billion in 2013. 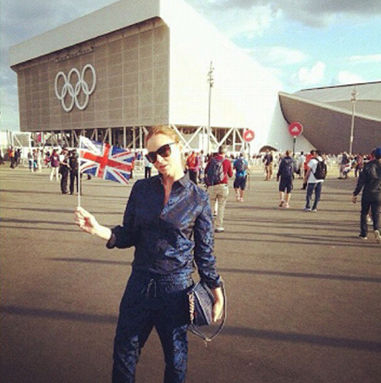