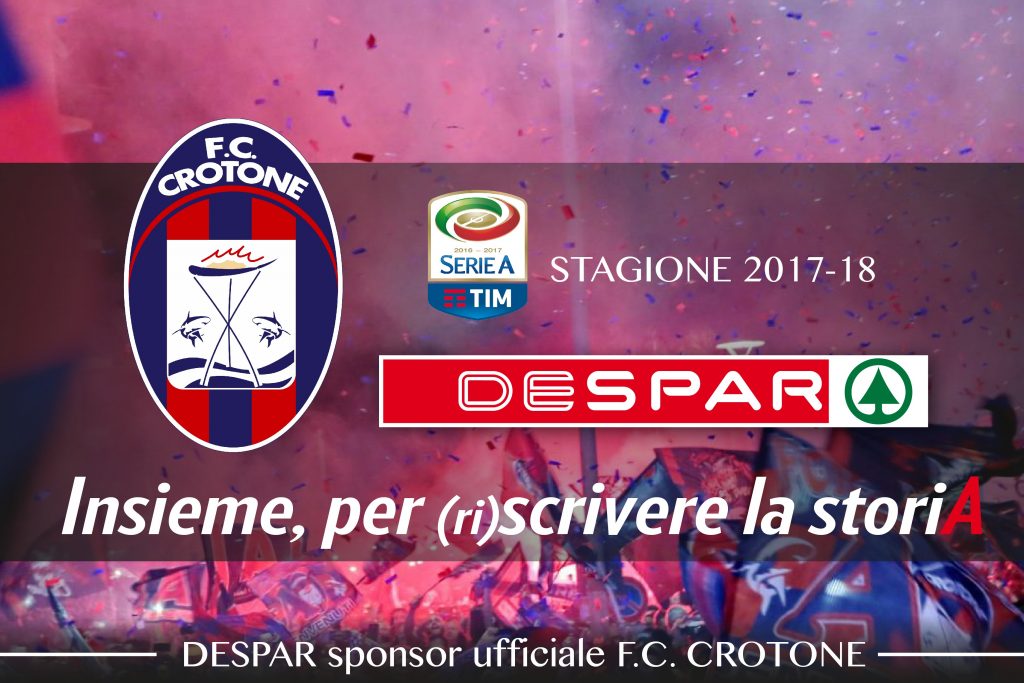 DESPAR Southern and Central Italy Partner, Maiora is sponsoring Serie A (Italy’s top football league) team FC Crotone during the 2017/2018 season. INTERSPAR under DESPAR Northeast Partner, Aspiag Service, is sponsoring the Spal 2013 team from the city of Ferrara in the first three matches of the season.

President and Managing Director of Maiora (DESPAR Partner for Southern and Central Italy) declared: “We are proud to be associating our DESPAR brand with one of the strongest teams in Southern Italy, FC Crotone. This team created a legendary sport experience last year, and we identify with it because we also are persistent and determined.”

The agreement between DESPAR and the Crotone football club offers DESPAR great brand exposure at the Scida stadium and the team’s training field in Crotone. In addition, a number of football players from FC Crotone will promote the brand in various marketing and communication activities that will be shared on traditional media and news channels, including social media platforms.

DESPAR will run numerous initiatives on its “Mydespar” Facebook page. Users who like the page and join the various activities promoted there, will be able to win stadium tickets to watch a match, and many official branded items from FC Crotone. Among the first prizes up for grabs, will be the official team jerseys carrying the names of the lucky competition winners.

Aspiag Service, DESPAR partner in Northeast Italy and Emilia Romagna, is sponsoring Spal 2013, a football team from Ferrara, that made its return to the Serie A this year, after an absence of more than fifty years. The sponsorship agreement sees the INTERSPAR Brand featured on the Spal match jerseys during the first three matches of the 2017/2018 season.

“We are happy to accompany this longstanding team returning to top league football,” declared Fabio Donà, Marketing Director of DESPAR Northeast. Supporting sports is an important expression of our involvement with local communities – which we see as one of our major strengths – but also because this football club has always shown persistence, endurance and an ability to rise again. The qualities of this team are a real example for all, as it made a very quick rise from Pro League to Serie A.”

For DESPAR this sponsorship represents an opportunity to revive its already strong relationship with the city of Ferrara, where it operates two company-owned INTERSPAR stores, one EUROSPAR store, and twenty independently-owned DESPAR and EUROSPAR stores.

Spal 2013 President, Mr Walter Mattioli, highlighted the importance of working together with a company sharing the values that are dear to the Spal club: “Our large sport family embraces, besides the first team, also some 400 players from the youth teams. It is important to choose partners who share the same vision: we managed to get back to Serie A by working together towards one common goal. We will remain in Serie A by continuing to work in this way.”