GRAND RAPIDS, Mich., 2016-Jul-14 — /EPR Retail News/ — Representatives with the Meijer LPGA Classic for Simply Give continued this year to build on an exciting tournament, which now ranks among the Top Four on the LPGA Tour in terms of attendance so far this year.

Attendance in the four-day tournament exceeded expectations with nearly 50,000 spectators, but participation in various community events that appealed to foodies, runners and families also rose. An estimated 200 children participated in the junior clinics, more than 625 took part in the 5k run and the inaugural Grand Taste event had more than 10,000 attendees alone.

“We are dedicated to making the Meijer LPGA Classic an event the community and the LPGA can stand behind,” Meijer Co-Chairman Doug Meijer said. “This event is making a difference in the communities we serve, and we sincerely thank everyone who attended for their continued support.”

Leading up to and during the tournament, LPGA professionals spoke highly of the Meijer LPGA Classic and its accompanying events. For example, two of the biggest names in ladies golf – Paula Creamer and Morgan Pressel – helped promote the tournament at Blythefield Country Club by being featured in a television advertisement Meijer produced.

“It is quickly, in only the third year, becoming one of the absolute can’t miss stops on the LPGA tour,” LPGA Professional Morgan Pressel said.

“In short order, Meijer has shown itself as a world class partner committed to delivering a ‘can’t miss’ event on the LPGA schedule,” said Ricki Lasky, senior vice president of tournament business affairs and LPGA properties. “The Meijer LPGA Classic for Simply Give has rallied the West Michigan community and been hugely supported by its golf fans, our players and media. We’re excited about the future and looking forward to our return in 2017.”

The 2017 Meijer LPGA Classic will once again be held Father’s Day weekend June 12-18.

Meijer donated all the unused food – approximately 6,000 pounds – from the Grand Taste event to a local food bank and food pantry.

The driving mission of the tournament is focused on feeding the hungry through the retailer’s Simply Give program, which restocks the shelves of food pantries across the Midwest. Over the past three years, the Meijer LGPA Classic generated more than $2.1 million for food pantries in the communities it serves. Additionally, a typical LPGA Tour has an economic impact of up to $6 million in the community in which it’s held.

Meijer began its Simply Give program in November 2008 and has since generated nearly $24 million for its food pantry partners. The contributions donated as a result of the Meijer LPGA Classic are due, in large part, to the generous spectators who attended the tournament week events, and the sponsors who helped make the event a success.

The $850,000 donation will be spread across the retailer’s estimated 200 food pantry partners that participated in the spring Simply Give campaign that ended June 19.

About Meijer Simply Give:
Meijer is a family-owned retailer based in Grand Rapids, Mich. with a fundamental philosophy aimed at strengthening the communities it serves. Meijer operates 223 supercenters and grocery stores throughout Michigan, Ohio, Indiana, Illinois, Kentucky and Wisconsin, and proudly donates more than 6 percent of its net profit each year to charities throughout the Midwest. With hunger as a corporate philanthropic focus, Meijer partners with hundreds of food banks and pantries through its Simply Give and food rescue programs. Meijer also supports education, disaster relief, and health and wellness initiatives. For additional information on Meijer philanthropy, please visit www.meijercommunity.com. Follow Meijer on Twitter @twitter.com/Meijer and @twitter.com/MeijerPR or become a fan at www.facebook.com/meijer.

About the LPGA (Ladies Professional Golf Association):
The LPGA is the world’s leading professional golf organization for women. Founded in 1950, the association celebrates a diverse and storied membership with more than 2,300 members representing more than 30 different countries. With a Vision to inspire, empower, educate and entertain by showcasing the very best of women’s golf, LPGA Tour Professionals compete across the globe, while dedicated LPGA Teaching and Club Professionals (T&CP) directly impact the game through teaching, coaching and management. The Symetra Tour consistently produces a pipeline of talent ready for the world stage. The LPGA is headquartered in Daytona Beach, Florida. Follow the LPGA on its television home, Golf Channel, and on the web via: www.LPGA.com, www.facebook.com/LPGA, www.twitter.com/lpga, and www.youtube.com/lpgavideo. 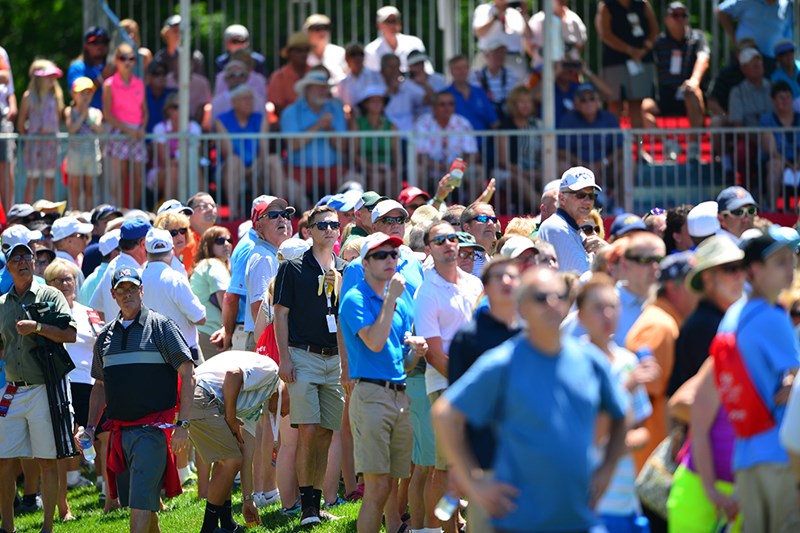