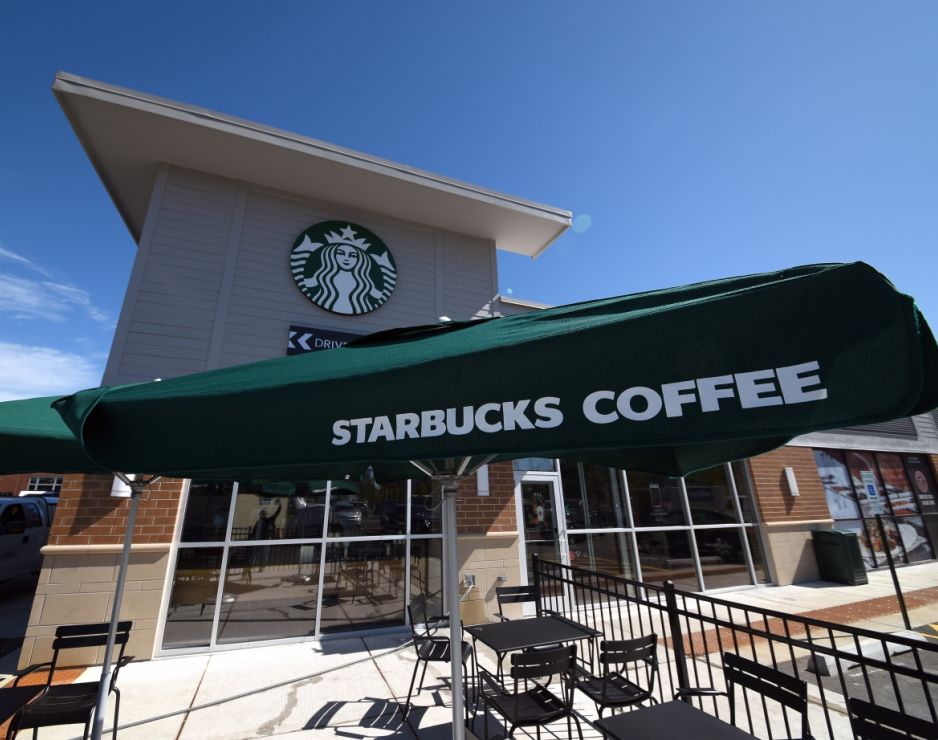 CHICAGO, 2016-Sep-30 — /EPR Retail News/ — Starbucks (NASDAQ: SBUX) today (September 28, 2016) opened its first store in Englewood in the South Side of Chicago at 63rd and Halsted. The store is part of Starbucks nationwide initiative to support local economic development in at least 15 diverse, low- to- medium-income communities by 2018. Three such locations have already opened in Ferguson, Phoenix and the Jamaica neighborhood of Queens, NY. Similar to those stores, the new location in Englewood will support efforts to revitalize the community by creating meaningful local jobs, providing a unique in-store job skills training program for youth, and investing in local minority-owned contractors and suppliers. Starbucks also announced plans to expand the national initiative to five new communities in 2017, including neighborhoods in the Baltimore, Birmingham, Long Beach, CA, Miami, and Seattle areas.

“While communities like Englewood have been plagued by crime, poverty, and a severe lack of opportunity, there is in fact a long-term movement underway to revitalize these neighborhoods and return the story to one of hope, resilience and progress,” said Rodney Hines, director for community investments for Starbucks U.S. Retail Operations. “Our goal with this initiative is to show that when the private and public sectors come together to drive meaningful investment, we can create new jobs and economic opportunities that have the potential to reverberate for generations to come. Opening in Englewood is not just an opportunity to grow our business, but to be part of a local solution for social change.”

For Starbucks, the new store in Englewood and others like it form a key part of the company’s long-term commitment to connect opportunity youth – 16-24 year olds who are out of work and school – to jobs. Nationally, 1 in 7 young people are disconnected from the economy, a challenge that is exponentially worse in low-income communities, particularly among people of color. In Englewood, where an estimated 72% of people ages 20-24 are unemployed[1], Starbucks plans to work with local community groups and civic leaders to provide a pathway to opportunity for its local partners (employees) through training and development, career options, and industry-leading benefits that include the opportunity to get an online, tuition-free bachelor’s degree from Arizona State University through the Starbucks College Achievement Plan.

Starbucks will also work with Teamwork Englewood, a non-profit that brings community services together, to provide a multi-week job skills training program for local youth – based on Starbucks own world-class customer service training curriculum for new hires – in a specially-designed classroom space located within the store. In addition to this training program, Starbucks will work with the community to leverage existing programs that help connect young people with internships, apprenticeships and jobs, and foster the type of dialogue and engagement needed for continued social change.

“Many in the Englewood community believe that our neighborhood is on the rise again,” said Perry Gunn, Executive Director for Teamwork Englewood. “A journey of renewal has begun as investment is returning to the neighborhood.  Yet, one issue that remains a major concern for Englewood is employment. Fortunately, something can be done to change this dismal plight as many of our youth and young adults are seeking training opportunities to prepare them for the world of work. Starbucks in-store training program will serve as an opportunity to set many of our young people up for their first jobs.”

As part of its commitment to investing in the community and partnering with women- and minority-owned businesses, Starbucks is also working with Rachel Bernier-Green, owner of Laine’s Bake Shop, to supply a Red Velvet Cheesecake Brownie to the store in Englewood. In addition, the business is supplying baked goods to the nearby Whole Foods, which also opened today in Englewood Square. Bernier-Green, who works with her husband to operate Laine’s Bake Shop, has also started an internship program at her shop that provides job skills for young people and teaches them the basics of baking. Starbucks is working with similar businesses in Phoenix and Ferguson, including Sassy Cakes by Nina and Natalie’s Cakes and More.  Starbucks also worked with Ujamaa Construction Inc., a minority owned general contracting and construction management services company in Chicago’s South Side, for the development of the store’s site at Englewood Square.

In addition, to investing in communities like Englewood and Ferguson, among others, Starbucks is a key driver of the “100,000 Opportunities Initiative” –  the nation’s largest employer-led coalition dedicated to connecting America’s opportunity youth to jobs. This summer the coalition announced it had already hired 100,000 young people two years ahead of schedule, and is now working to hire 1 million opportunity youth over the next three years. Following the coalition’s launch in Chicago last summer, Thrive Chicago, the 100,000 Opportunities Initiative’s local partner organization in Chicago, has hosted two additional job fairs for young people living in Englewood and other communities in the south side of Chicago. Among those hired through the 100,000 Opportunities Initiative is Hagar Johnson. Since joining Starbucks in August 2015, Johnson has been promoted to shift supervisor, and was recently recruited to join the new team in Englewood as a shift supervisor. She is one of 26 partners working at the new location.

Starbucks Expands its Local Economic Development Initiative to Five New Cities in 2017
Starbucks announced plans to open similar stores in five additional communities, including Baltimore (Dunbar Broadway), Birmingham (Hwy 11 & W Street), Long Beach, CA, the Miami metropolitan area, and White Center in the Greater Seattle Area. The first of these stores is set to open in early 2017 in Baltimore, MD, where Starbucks has been working with local community, civic and business leaders with the collective goal of addressing the opportunity gap facing the city’s young men and women.

“We’ve heard young people share how they didn’t even know about a particular career path,” said Baltimore Mayor Stephanie Rawlings-Blake. “So many young people, particularly those in low-income, diverse communities, are limited by what they see in their home and their neighborhoods. These types of training opportunities are such a great way to introduce young people to the workplace and get them ready for that first job. I applaud Starbucks for bringing this unique store concept to our city, and helping connect Baltimore’s young people to our local economy.”

To determine which communities are a good fit for the initiative, Starbucks looks at all the available data on the socio-economic health of America’s cities to understand which communities have the biggest opportunity gaps, which have the biggest need for business investment and leadership, and where there is local movement underway to build a better future for its residents. Starbucks plans to accelerate the development of these stores over the next two years with the goal of opening in at least 15 cities by the end of 2018.