SEATTLE, 2016-Feb-16 — /EPR Retail News/ — Starbucks food team is turning up the heat on the company’s breakfast and lunch menu.

“We saw an opportunity to create sandwiches with bold flavors,” said Sita Kacker, Starbucks product development manager. “Chorizo is popular right now and spicy is on trend, so this guided our direction.”

When developing the breakfast sandwich, the food team envisioned the recreation of an all-American farmer’s breakfast. “We thought about what it might be like to live on a farm, wake up really early in the morning and have a hearty breakfast consisting of eggs, potatoes and sausage,” said Kacker. “We took all of these elements and put them together in a breakfast sandwich.”

The team sourced high-quality ingredients and created sandwiches that were spicy, but also well balanced. They tested different combinations of ingredients and flavors to ensure that they all worked well together. “The breakfast sandwich is presented on artisan potato bread made with whole roasted potatoes and potato flour that has a unique bite to it,” added Kacker. “It was the perfect way to incorporate the idea of potatoes at breakfast.”

Known for its bold Latin-inspired flavors and spices, the Ancho-Chipotle Chicken Panini was created using ingredients such as red poblano peppers, cilantro, and red onions, offering customers a flavorful experience. “The chicken is slow-cooked in spices and chili to infuse these flavors in the meat and make sure it stays tender and juicy,” said Jane Hernandez, Starbucks senior product developer. “Fire-roasted poblano peppers and onions provide a smoky flavor and subtle sweetness.”

Kacker and Hernandez, who are self-described “food geeks,” look forward to having Starbucks customers try the new sandwiches. “This is something we’ve worked on and dreamed about for over a year now,” said Kacker. “It will be exciting to see people ordering the sandwiches in our stores.” 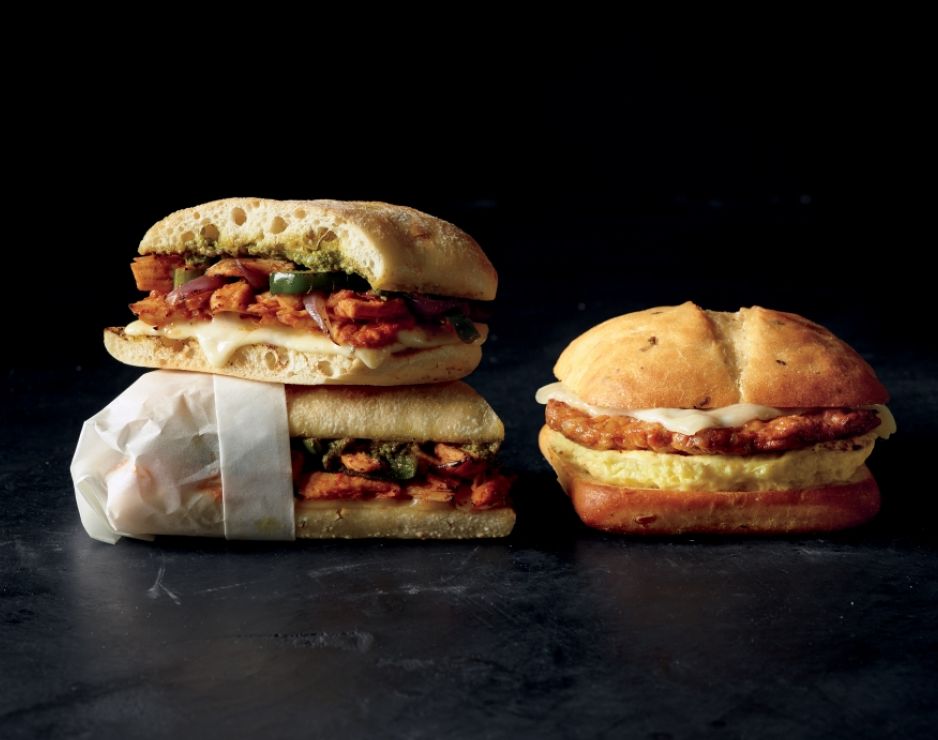