SEATTLE, 2016-May-10 — /EPR Retail News/ — Millions of years ago, when the continental drifts split apart from the eastern ridges of the horn of Africa, a geographical masterpiece known as the Rift Valley etched its mark down the continent’s spine. Broad lakes, meandering rivers and towering rock faces formed, while rich volcanic soils held firm to its bedrock while thick rain forest canopies stretched as far as the eye could see.

From its northern origins in Ethiopia, the Rift Valley takes a southern-wedged course through into Kenya and Uganda, before splitting up to the east, engulfing Rwanda, Burundi and parts of western Tanzania into rolling hills. As it passes through each origin, it gives each a unique face-lifts of sorts; distinguished by geography and a preserved identity.

In the coffee world, the diversity of this land and its rich microclimatic conditions is where we learned how to speak of wild coffee thriving in a forest’s understory. The plants, trees and shrubs that cover the forest at ground level soak up the protection from the larger trees above. This is where the symphony of coffee plays loudest.

Coffee fuels much of East Africa’s economy and plays a significant role in threading the very fabric that binds the social welfare of the communities that grow it. Coffee here is integral to community gatherings. To drink coffee is to share a story with a friend, family member or even a stranger. Its responsibility is great as it creates a livelihood for three-quarters of the region’s population and accounts for over 70 percent of foreign earnings, often against a backdrop of poverty, war, drought, famine and political strife – all the while playing the role of transformational hope.

Starbucks has arranged a beautiful and delicate bouquet of small-lot Starbucks Reserve coffees in select stores and online this spring from this majestic landscape.

From its humble beginnings, coffee has infinite ways of transitioning from a lush cherry on a tree stem to a drinkable infusion. With each bean, there is humanity surrounding coffee in all its forms. There is incredible beauty and disheartening desolation; abundance encroached upon by profound scarcity. These stories are synonymous with Starbucks mission: to inspire and nurture the human spirit – one person, one cup and one neighborhood at a time.

Karuletwa has been a Starbucks partner since 2010, and leads the development and implementation of the company’s end-to-end coffee traceability system. He grew up in Uganda, Kenya and Rwanda. 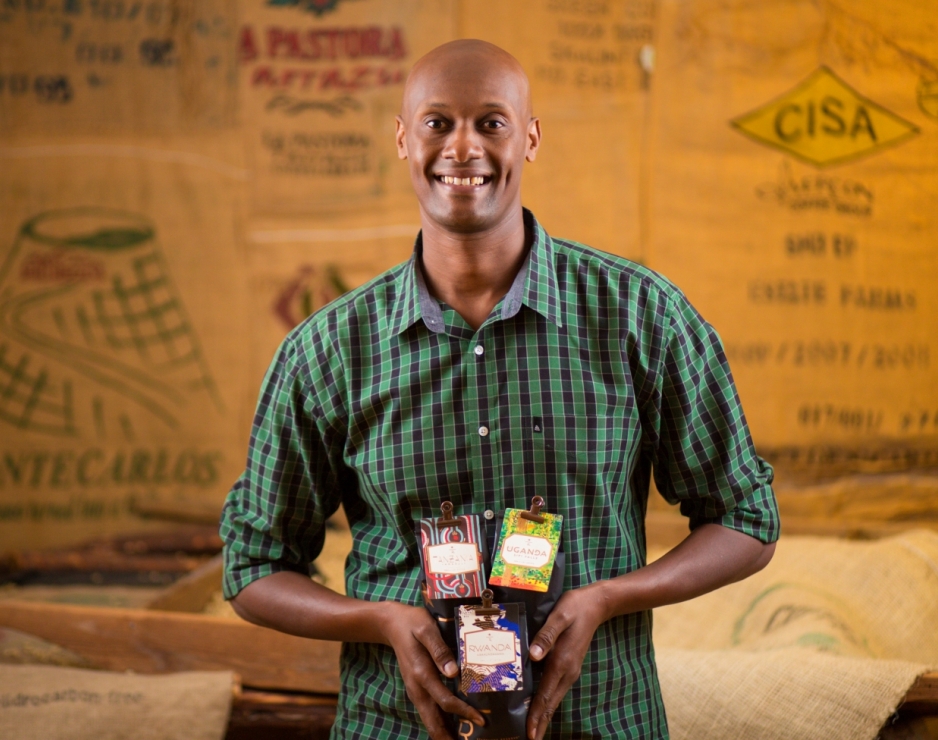