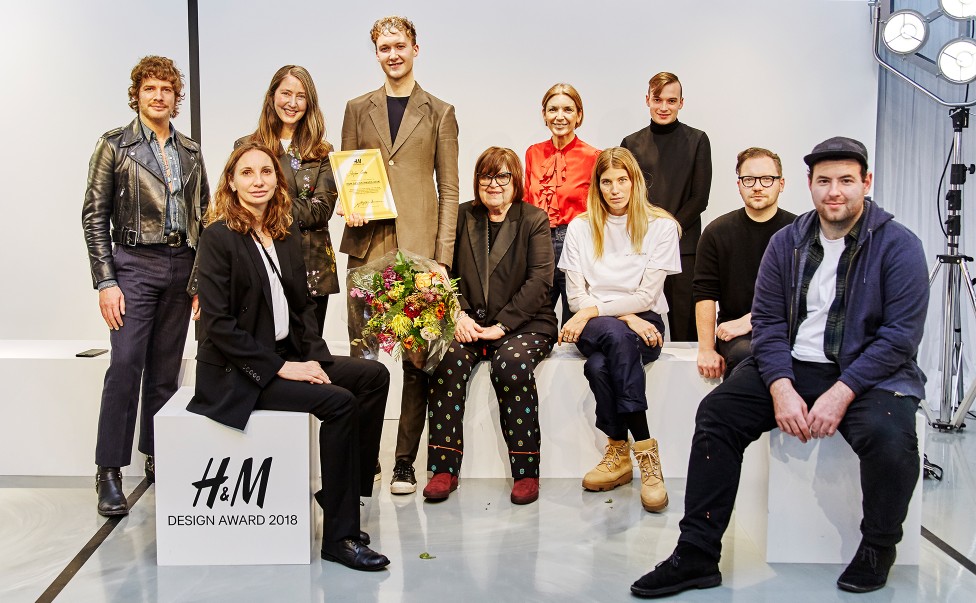 STOCKHOLM, Sweden, 2017-Dec-04 — /EPR Retail News/ — Yesterday in London, Stefan Cooke was announced as the winner of the H&M Design Award 2018. A graduate of MA programme at Central Saint Martins, United Kingdom, Stefan was selected from eight international finalists by a jury of fashion experts chaired by H&M’s creative advisor Ann-Sofie Johansson. As the newly crowned winner of the H&M Design Award, Stefan will receive up to €50,000 in prize money.

After spending time with each of the eight finalists and looking through their collections, Stefan was ultimately selected by an international jury of fashion experts led by Ann-Sofie Johansson, Creative Advisor at H&M.

“It was really tough to come to a decision, but everybody on the jury panel agreed that Stefan’s collection felt really fresh, innovative and well-executed. You were immediately drawn to each of the pieces, becoming more and more curious about the processes involved. He’s such a clever person and very driven, but at the same time, a really humble person. We’re all so happy for him,” says Ann-Sofie Johansson, H&M’s creative advisor.

It was innovation that won Stefan Cooke the 2018 H&M Design Award – innovation in technique, silhouette, materials and most importantly, imagination. A graduate of the MA at Central Saint Martins, United Kingdom, 25-year-old Stefan first worked under fashion design visionaries such Walter van Beirendonck and John Galliano before his appointment to Maison Margiela. For his winning H&M Design Award collection, Stefan explored the idea of an everyday wardrobe for men and subverted pieces such as jeans, a leather jacket or cricket jumper by replicating them in unusual ways, either printing them onto elastic or pulling out threads of knitwear to create a type of mesh. It was this kind of forward-thinking and wit that ultimately impressed the jury.

“I feel overwhelmed right now about winning the award. I really wanted to show the exact things that men wear, but then recreate them in an entirely new way. Because I was a textiles student, I began looking for new ways to get certain things across visually and I came across elastic. I just found that the possibilities with it were endless,”

“For me, what Stefan does really stands out for two reasons. One, it’s really exciting to see someone who’s doing something so innovative and experimental in menswear. Two, the way he’s experimenting with silhouette and materials, the finish of things and playing with pattern, Stefan is very inventive. It all feels incredibly new, especially on the menswear scene,” says Alex Fury, jury member and fashion journalist.

The H&M Design Award has always been about finding the most promising graduates from the world’s top fashion schools and giving them the opportunity to progress their career in fashion. For 2018, the winner, Stefan Cooke, will be awarded a prize of €25,000 as well as a six-month internship at H&M’s Head Office in Stockholm to work alongside the design team best suited to his skills and experience. Or, he can exchange the internship for a grant of €25,000, which would bring the total prize sum to €50,000.

Along with the winner, the jury was impressed with the quality and design talent of all the finalists, who each were awarded €5,000. The finalists were:

ABOUT THE H&M DESIGN AWARD

The H&M Design Award was founded in 2012 to support young designers. Each year, students and graduates from some of the most respected fashion and design colleges take part, bringing together some of the most exciting new talent from across the globe. The annual prize underlines H&M’s strong commitment to the future of fashion, encouraging young designers as they begin their careers, as well as inspiring the next generation to choose fashion as their future path.