CHATTANOOGA, Tenn., 2018-Mar-06 — /EPR Retail News/ — CBL Properties (NYSE: CBL) today (3/2/2018) announced that it will provide an online audio webcast of the presentation given by its President and Chief Executive Officer, Stephen D. Lebovitz, at the Citi 2018 Global Property CEO Conference in Hollywood, Florida. The presentation will take place on Monday, March 5, 2018, at 8:50 a.m. ET.

The live webcast of CBL’s presentation will be available online at cblproperties.com. The online replay will follow shortly after the presentation ends and continue for 30 days.

CHATTANOOGA, Tenn., 2017-Jun-01 — /EPR Retail News/ — CBL & Associates Properties, Inc. (NYSE: CBL) announced that it will provide an online audio simulcast of the presentation given by its President and Chief Executive Officer, Stephen D. Lebovitz, to the investment community at REITWeek 2017: NAREIT’s Investor Forum in New York City. The presentation will take place on Wednesday, June 7, 2017, at 8:00 a.m. Eastern Time.

The live audio broadcast of CBL’s panel presentation will be available online at cblproperties.com or https://reitstream.com/reitweek2017/cblproperties. The online replay will follow shortly after the presentation ends and continue for 30 days.

Headquartered in Chattanooga, TN, CBL is one of the largest and most active owners and developers of malls and shopping centers in the United States. CBL owns, holds interests in or manages 123 properties, including 80 regional malls/open-air centers. The properties are located in 27 states and total 76.9 million square feet including 5.9 million square feet of non-owned shopping centers managed for third parties. Additional information can be found at cblproperties.com.

New York, 2015-1-23 — /EPR Retail News/ — The International Council of Shopping Centers (ICSC) announced today that Stephen D. Lebovitz, president and CEO of CBL & Associates Properties, Inc., has been selected by ICSC’s Board of Trustees nominating committee to serve as the association’s chairman for the 2015–2016 term.  If, as expected, Lebovitz is elected at ICSC’s annual meeting of members in May during RECon, he will succeed Robert F. Welanetz, global retail real estate advisor for Blackstone Real Estate Partners, and become the association’s 56th chairman.

Lebovitz, along with his father Charles who served as CEO until 2010, and two brothers — Alan, the firm’s senior vice president for asset management; and Michael, who is executive vice president for development and administration — have overseen the dramatic growth of CBL since it went public in 1993. Today the firm boasts a $10 billion market capitalization and some $4 billion in equity value, about 80 malls or large open-air centers, and an additional 50 smaller community, power and open-air centers.

“Under Stephen’s skillful leadership, we have watched CBL grow and prosper, even during some very challenging economic times,” said Michael P. Kercheval, ICSC’s president and CEO. “ICSC has similarly benefited from his insights and extraordinary energy. I can’t think of anyone more suited to leading our organization in the coming year.”

Even before Lebovitz joined CBL, he cultivated an early enthusiasm for the industry, working summer jobs during his years at Stanford University at such companies as JMB Realty Corp., Trammel Crow Co., and — between college and Harvard Business School — Goldman Sachs. “I had this magnetic attraction to real estate,” he said, noting that he has also taught college courses on the subject.

Lebovitz has been active in ICSC since the very beginning of his career. Shortly after graduating from Harvard Business School and setting up CBL’s Northeast office, in Boston, he was invited by past ICSC Chairman Stephen Karp, now chairman of New England Development, to get involved in ICSC and become the organization’s state director for Massachusetts. He was subsequently named ICSC’s Eastern divisional vice president and has also served as an ICSC state operations chairman, an ICSC trustee and on the Executive Committee. Lebovitz has also been an active ICSC faculty member. “ICSC really has been the facilitator for so many relationships that I’ve been able to develop over the years in the business,” Lebovitz said. “By volunteering, by working, that’s how you get to know people.”

ICSC should also do all it can to toot the industry’s horn when it comes to shopping centers’ contribution to society, Lebovitz says. “There are so many positives that shopping centers add to the economy, to communities, to individuals,” he said. “I just think we need to do all we can to get that story out there.”

“Stephen’s vast industry expertise, coupled with his extensive ICSC volunteer experience, makes him uniquely qualified to lead this organization, given the many changes the industry and the association are facing in today’s dynamic retail environment,” said Drew Alexander, president and CEO of Weingarten Realty Investors and chairman of ICSC’s Nominating Committee of the Board of Trustees.

Lebovitz, 54, does not spend all his spare time in malls though, and his philanthropic activities are many. He is a trustee of Milton (Mass.) Academy. He is a former director, campaign chairman and committee chairman for the Combined Jewish Philanthropies of Boston and received that organization’s Edwin Sidman Leadership Award in 2014. He is also a former member of the Trust Board of Boston Children’s Hospital.

An avid cyclist, Lebovitz won a silver medal and a bronze medal competing in the international Maccabiah Games last year. In addition, he has completed the annual Pan-Mass Challenge fundraiser for cancer research these past 15 years and the Leadville Trail 100 mountain bike race these past eight years. Lebovitz lives with his wife, Lisa, in Weston, Mass., and they have four children.

Founded in 1957, ICSC is the premier global trade association of the shopping center industry. Its more than 68,000 members in over 100 countries include shopping center owners, developers, managers, marketing specialists, investors, retailers and brokers, as well as academics and public officials.  For more information, visit www.icsc.org. 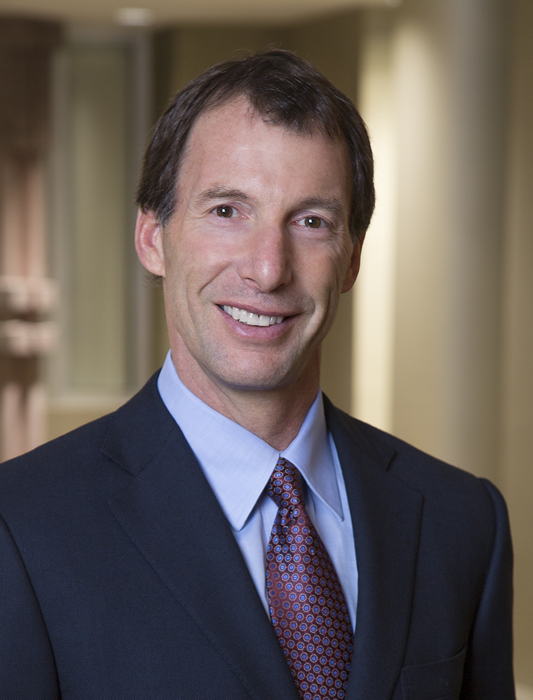