Bentall Kennedy received accolade for their “Great Calgary Cake Off” competition, which provided the local community the opportunity to raise funds and awareness for a number of charities. Ten local teams, each representing a different charity, competed in a cake-decorating contest for the chance to win a $10,000 donation. The competition enlisted the community to vote to determine the winner, which heightened awareness for all participating charities. At the conclusion of the contest, the winning team’s charity, Cystric Fibrosis Canada, received the generous donation.

“This award recognition is a testament to the enthusiasm and hard work of the community that we are so proud to be a part of,” said Stephen J. Michniewicz, Senior Vice President, National Retail Operations, Bentall Kennedy (Canada) LP. “It is gratifying to see the dedication, ideas, and creativity of our team and North Hill Centre’s staff manifest into such a fulfilling event, especially on a limited budget. On behalf of the North Hill Centre ownership and Bentall Kennedy, we are proud of everyone involved in making the event a success.”

The Canadian Community Support Awards recognize and promote the most outstanding examples of social responsibility by shopping centers in the region. To commemorate this honor, the ICSC Foundation has donated $5,000 USD to Cystic Fibrosis Canada, Bentall Kennedy’s partnering charity.

“Our valuable partnership with North Hill Centre through the Great Calgary Cake Off event has been instrumental to our success in helping to fund cystic fibrosis (CF) clinics. The event helped us achieve new recognition and awareness from donors and volunteers who had never heard of cystic fibrosis before,” said Kristy Gill, Regional Executive Director Cystic Fibrosis Canada. “The ICSC Foundation’s generous contribution of $5,000 will help to support cystic fibrosis research and clinical care. These efforts bring hope to 150 children and their families that attend the specialized CF clinic at the Alberta Children’s Hospital.”

The ICSC Foundation presented the award to Bentall Kennedy during a ceremony at the Canadian Convention in Toronto. The Canadian Community Support Award winner, along with the winners of other international community support awards, are automatically entered into a global competition for the Albert Sussman International Community Support Award, which will be announced on May 22, 2016 at RECon in Las Vegas.

Want to learn more? Join the conversation on Twitter via @ICSC and #ICSCFoundation with the hashtag #MindfulMalls to recognize shopping centers that share a common vision of making a difference.

The ICSC Foundation is the philanthropic arm of the ICSC whose mission is to strengthen the global retail real estate industry by supporting students, professionals and the philanthropic work of shopping centers. For more information, visit www.icscfoundation.org.

Founded in 1957, ICSC is the global trade association of the shopping center industry. Its more than 70,000 members in over 100 countries include shopping center owners, developers, managers, investors, retailers, brokers, academics, and public officials. The shopping center industry is essential to economic development and opportunity. They are a significant job creator, driver of GDP, and critical revenue source for the communities they serve through the collection of sales taxes and the payment of property taxes. These taxes fund important municipal services like firefighters, police officers, school services, and infrastructure like roadways and parks. Shopping centers aren’t only fiscal engines however; they are integral to the social fabric of their communities by providing a central place to congregate with friends and family, discuss community matters, and participate in and encourage philanthropic endeavors. For more information about ICSC visit www.icsc.org and for the latest news from ICSC and the industry go to www.thecenterofshopping.com. 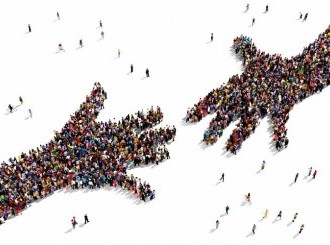