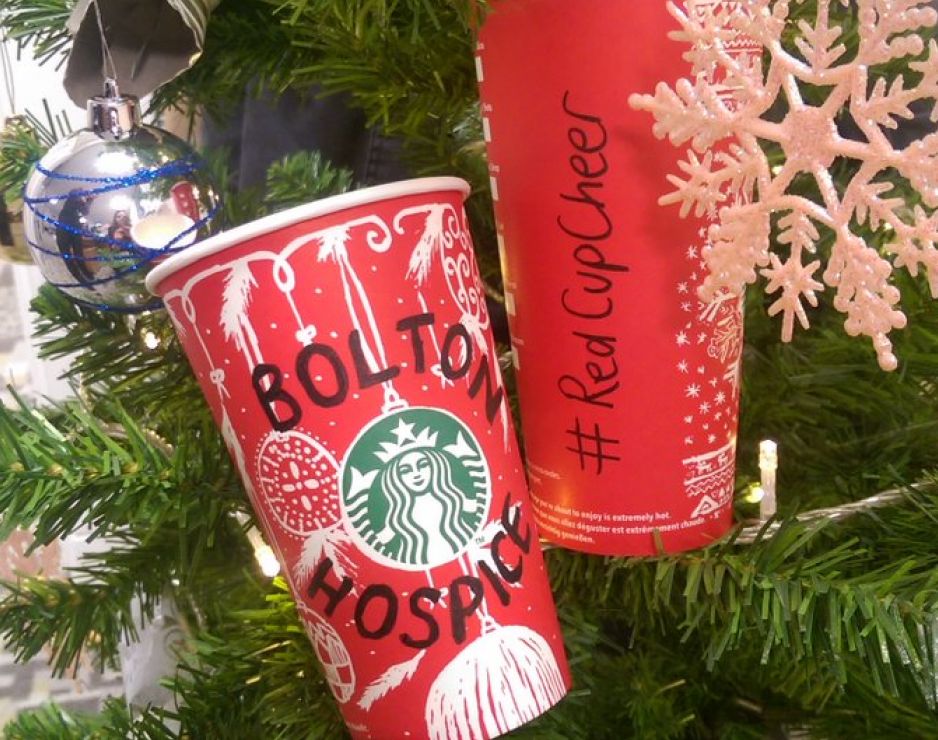 Seattle, 2016-Dec-22 — /EPR Retail News/ — The holidays are traditionally a time of giving. For Starbucks in Great Britain, the Netherlands, France, Switzerland and Austria, they’re also about supporting those who give.

Starbucks Red Cup Cheer campaign is currently taking place across Europe through December 24. During this period, a portion of Starbucks holiday beverage sales in Great Britain, the Netherlands and France will be directed to select nonprofit organizations. Starbucks in Switzerland and Austria will be making donations and contributing volunteers to charitable organizations.

In Great Britain, 250 charities nominated by Starbucks partners (employees) and customers will receive Red Cup grants of up to 1,000 pounds. The charities are asking customers to “Cheer” for them on Twitter by following, tweeting and posting their support using the hashtag #RedCupCheer. The nonprofits with the most social media activity – or cheers – will receive a larger share of the funds raised by Starbucks, which will donate 5 pence for every holiday beverage sold between December 1-24. All participating organizations will receive at least 500 pounds.

“Red Cup Cheer is all about celebrating the local charities that mean most to our customers and partners,” said Simon Redfern, vice president of Communications for Starbucks Europe, Middle East and Africa Region. “We’ve seen fantastic support for Red Cup Cheer and we hope the charities involved enjoy taking part and receiving recognition for the wonderful work they do in our communities.”

Spreading Cheer Throughout the Continent

Starbucks, collaborates with Neighbourly, which connects charities and causes with companies and people. Last year, Starbucks and Neighbourly made donations to 200 nonprofits through the Red Cup campaign. Over the three-year history of the campaign, 350,000 pounds have been donated to 520 UK charities. The following organizations are supported by the Red Cup Cheer in additional countries across the EMEA region:

The Netherlands – The Starbucks Red Cup Cheer beneficiary in the Netherlands is VluchtelingenWerk, which provides support to refugees and asylum seekers. Starbucks partners will help the organization volunteering and raising awareness, while Starbucks donates 5 cents from the purchase of any holiday drink served through December 24.

France – La Protection Civile, which provides support for people affected by emergencies and natural disasters in Europe and North Africa, will receive 5 cents from the purchase of any holiday drink purchased in France.

Switzerland – Wunderlampe, the Red Cup Cheer charity partner in Switzerland, makes wishes come true for chronically ill and disabled children. In addition to a charitable donation, Starbucks partners will hold a celebration with Wunderlampe personnel and help raise awareness and funds for their work.

Austria – Starbucks partners in Austria are supporting Caritas Gruft, a nonprofit that provides care for homeless people in Vienna. Their support ranges from warm food, hot showers, clean clothes and a safe place to sleep to long-term assistance from the charity’s team of social workers, psychiatrists, psychotherapists and civilian volunteers. In addition to a charitable donation, Starbucks partners will volunteer at Caritas Gruft, cooking dinner on December 21 and collecting clothes for beneficiaries.