As President and Chief Operating Officer, Donald will have responsibility for the operations of the retailers’ 2,300+ store portfolio and help with the acceleration of the company’s growing omnichannel platform. Following the close of the recently announced merger with Rite Aid, subject to customary regulatory approvals and approval by Rite Aid shareholders, Donald will continue in this role and work alongside the rest of the combined company’s leadership team. Donald replaces Wayne Denningham, who retired earlier this year. Susan Morris, who was named Executive Vice President and Chief Operations Officer in January 2018, will continue in her role.

“Jim Donald has built an exceptional career in retail. His knowledge of our company and industry is unmatched, and I know his contributions will be invaluable as we enter the next chapter of Albertsons Companies,” said Bob Miller, Albertsons Companies Chairman and Chief Executive Officer. “We look forward to tapping his expertise in leading large consumer brands as we work every day to meet our customers’ needs, both in-store and online.”

Said Donald, “Having first worked at Albertsons 42 years ago, I have watched as an insider and from afar how their keen focus on customer service maintained a solid foundation for their team through the years. Their acquisitive nature combined with their recent innovation efforts and strong Own Brands portfolio have helped them to build an even stronger company today. I look forward to being a part of the team that takes this great company into the future and continues to serve the food, health, and wellness needs of today’s busy customers.”

Albertsons Companies is one of the largest food and drug retailers in the United States, with both a strong local presence and national scale. We operate stores across 35 states and the District of Columbia under 20 well-known banners including Albertsons, Safeway, Vons, Jewel-Osco, Shaw’s, Acme, Tom Thumb, Randalls, United Supermarkets, Pavilions, Star Market, Haggen and Carrs. Albertsons Companies is committed to helping people across the country live better lives by making a meaningful difference, neighborhood by neighborhood.

BOISE, Idaho, 2016-Apr-19 — /EPR Retail News/ — Albertsons Companies announced today that it has appointed current Denver Division President Susan Morris to the position of Executive Vice President of Retail Operations over its East Region. Morris is filling the vacancy created when Kelly Griffith announced earlier this month that he would be leaving the company.

Since March of 2015, Morris has led the Company’s Denver Division team, overseeing over 130 stores in five states. She joined Albertsons when she was 16 as a customer service clerk in Colorado, and worked at store level until she graduated from Colorado State University when she accepted a job at the division office. Her career has spanned roles from Store Director to Corporate Grocery Sales Director, Vice President of Bakery and Operations and, upon the sale of Albertson’s Inc.’s assets to SUPERVALU, Vice President of Customer Satisfaction. In 2010, she was Senior Vice President of Sales and Merchandising when she left SUPERVALU to join Albertsons LLC. In March 2013, Morris moved from her role as Vice President of Marketing & Merchandising for the Southwest Division to Intermountain Division President.

“Starting at an entry level position and working your way up to a leadership role is very much alive and well at Albertsons Companies, and Susan is the latest example of that,” said Wayne Denningham, Chief Operating Officer. “In the span of our company’s history, we have helped to develop some of the greatest retail leaders in the industry today, and Susan is certainly an excellent addition to that list. Her experience in grocery is invaluable both as an operator and a merchant. We look forward to her taking on this key role as we look to continue to grow and strengthen our operation while furthering our goal of becoming the Favorite Local Supermarket across the nearly 2,300 neighborhoods we serve.”

About Albertsons Companies
Albertsons Companies is one of the largest food and drug retailers in the United States, with both a strong local presence and national scale. We operate stores across 35 states and the District of Columbia under 18 well-known banners including Albertsons, Safeway, Vons, Jewel-Osco, Shaw’s, ACME, Tom Thumb, Randalls, United Supermarkets, Pavilions, Star Market and Carrs. 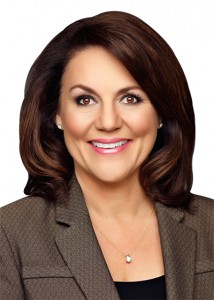