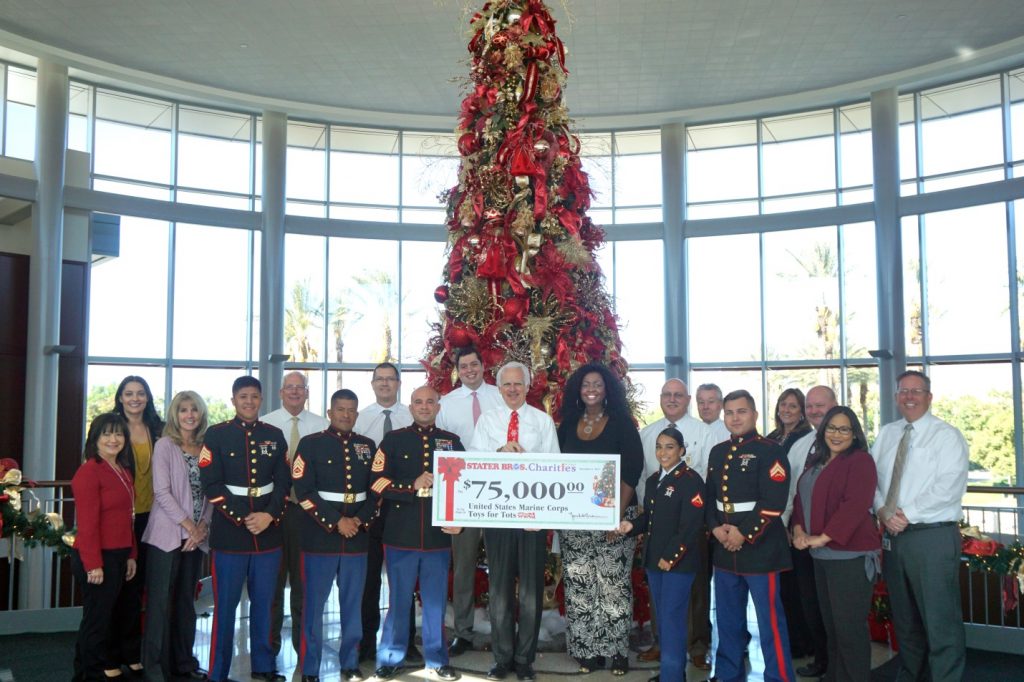 SAN BERNARDINO, CALIFORNIA, 2017-Dec-27 — /EPR Retail News/ — Since 2005,Stater Bros. has proudly partnered with the United States Marine Corps. (U.S.M.C.) Toys for Tots program to bring joy to families in need during the holiday season.  On December 6, representatives from Stater Bros. gathered to present a $75,000 check to local Toys for Tots Program ambassadors.   Funds from this donation are used to purchase new toys for disadvantaged children in the communities Stater Bros. serves.

“Stater Bros. is committed to giving back to the communities we serve,” said Pete Van Helden, Chief Executive Officer of Stater Bros. Markets.  “We are very proud of our continued partnership and support for the Toys for Tots Program which allows us to bring joy and brighten the holidays for children in need during holiday season,” Van Helden concluded.

STATER BROS. CHARITIES…CARING FOR THE COMMUNITIES WE SERVE!