Chennai, India, 2016-Jan-28 — /EPR Retail News/ — Warehouse management, which forms the backbone of distribution network across India, is all set for a complete makeover, thanks to the advancement in barcode technology which has taken an unassailable control over the effective, safe and error-free dissemination of millions of consignments across the country.

During the first half of 2015 (January-June), around 6 million sq ft was taken up by warehousing space occupiers across the country, a growth of nearly 60 per cent compared to the corresponding period in 2014.

Though barcodes have evolved to be 1D, 2D and now 3D patterns, scanner guns aka barcode scanners have undergone a sea change over the decade helping businesses to boost their productivity multi-fold.

From table-top and hand-held scanners to the most advanced smart phones, companies worldwide have always been on the lookout for the best alternative to the conventional gun type scanners that have been in vogue for decades. 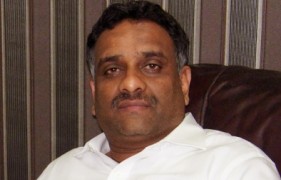 “The idea was to save a few precious seconds and efforts of workers while selecting, packing and shipping goods. The smart phone scanners offer fast and efficient warehousing solution for businesses. These devices, not only help warehouse workers to effortlessly scan barcodes and clear thousands of consignments a day, they also reduce fatigue, lessen possible human errors and improve productivity. Businesses too can track goods stored and moving out of warehouses in real time,” says Bhaskar Venkatraman, Founder and Director of JusTransact.com, a B2B ecommerce marketplace in India offering barcode scanners, barcode printers and other Point of Sale (POS) hardware devices to retail and non-retail businesses.

The gun type barcode scanners, where the workers have to hold the device and press the button each time they aim on barcodes, have been replaced by much sleeker, light-in-weight, integrated, press-free mobile scanners which help workers to read the barcodes on consignments by just aiming from distance. These devices are mini computers themselves that can store large amount of data for analytical and other business planning purposes in future.

Zebra Technologies, one of the leading makers of scanners, is betting on their new gun which they claim, will eliminate the need for warehouse workers to extend their arms continuously or turn their wrists. Zebra says its new baton-like device which has a camera and touch screen, manifolds scanning speed and reduces stress on workers’ arms. Other leading brands in market such as Honeywell, Motorola, TVSE, Argox, Datalogic and Unitech have entered the market with their new offerings – all sought to improve efficiency and productivity of warehouse workers.

Dinesh Gupta, general manager of Kolkata-based High End Logistics, says every employee in his warehouse makes around 3,000 scans during his 8-hour shift. The ergonomically designed and improvised barcode scanners helped his employees to achieve 10-20 per cent improvement in picking rates because they no longer had to push buttons.

Online retailers as well as logistics firms are looking for new ways to improve efficiency to offset the increased transportation and labor costs while fulfilling online orders. Fierce competition from e-commerce companies on both speed and price factor has forced them to find ways to cut costs and reduce delivery times, experts say.

So, every second saved by employees at warehouses while picking or packing process does matter for companies which transport millions of cartons daily though their distribution networks across India, says Bhaskar, whose portal offers most advanced barcode scanners and printers from over 40 leading manufacturers.

According to a VDC Research, the global sales of mobile scanning devices used in warehouses have reached $850 million in 2015, showing a 33 per cent rise since 2013.

“The exploding e-commerce is driving the market need for advanced data capture solutions,” says Richa Gupta, a research analyst, who further states that by frequently pressing the button while scanning barcodes, employees may develop health hazards like injury to hand or orthopedic disorders.

Endorsing this Dr Bashir Ahmed, a senior ortho-surgeon from Vijaya Health Centre in Chennai, says, “Warehouse employees can suffer from carpal-tunnel syndrome and other injuries due to repetitive hand/finger movement.”

While gun type scanners still rule the transportation and warehousing industry in India, the advanced smart phone type integrated scanners or Point of Sale hand-held devices should be adopted by companies to bring in more efficiency in warehouse management and also avoid occupational health issues among employees.