The firm have invited numerous media to the mythical Pin Up stadium in Paris. Zidane posed for all of them in his characteristic informal and friendly manner, dealing with questions on his latest collaboration with MANGO Man.

For this season, the Spanish firm has opted for essential tones such as beige, camel, toast and khaki, in addition to indigo blue and a range of greys. The key garments include parkas, Brit-style check shirts and a wide range of knitwear-structured garments, together with jogging-style trousers.

Talking about the collection, Zinédine Zidane said: I don’t want to sound repetitive, but I really liked the winter collection. It is simple, with a good cut and it offers many combinations, just the way I like it. I hope that it shows because I think the models chosen really suit me.

MANGO Man was founded in 2008 and now has 290 retail outlets in 52 countries, including Spain, France, Germany and Russia.

Following the success of last season, the menswear line of MANGO has once again chosen the French sportsman to feature in a campaign shot by the acclaimed photographer Matteo Montanari. The photo shoot, which took place in June, featured the city of Madrid as its setting.

James Rowe and Vanesa Suárez, responsible for make-up and hair, were among the team of professionals, which included members of the MANGO team as stylists of the proposals for the winter season.

Zinedine Zidane, who had previously expressed his affinity with the brand, said: We have just finished shooting the MANGO winter collection and it was really enjoyable, as it was in the summer. Although at first I wasn’t keen on the sets, I enjoyed myself. The team got to know each other and the photographer was Italian… this makes communication easier and the pace was ideal for somebody who is not keen on posing! I have to say that the results of some of the photos surprised me, as I have never been photographed this way!

Referring to the collection, he commented: “I don’t want to sound repetitive, but I really liked the winter collection. It is simple, with a good cut and it offers many combinations, just the way I like it. I hope that it shows because I think the models chosen really suit me”. 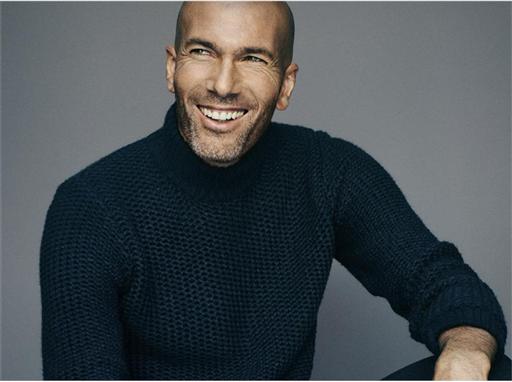