The total number of shares repurchased under this program to date is 74,004,300 common shares for a total consideration of € 935.50 million.

During the share buyback program, Ahold publishes a press release every Monday with a weekly update. Click here to view all the relevant information of these these weekly updates. Separate weekly press releases are available upon request. Please send an email to communications@ahold.com if you would like to receive one or more of these weekly releases.

London, UK, 2014-2-3 — /EPR Retail News/ — Following the announcement on 8 May 2013 that Sainsbury’s would acquire the remaining 50 per cent shareholding in Sainsbury’s Bank plc from Lloyds Banking Group, Sainsbury’s confirms that the transaction completed on 31 January 2014.

Sainsbury’s Bank plc is now a wholly owned subsidiary of the Company and will be fully consolidated within its accounts from 31 January 2014. 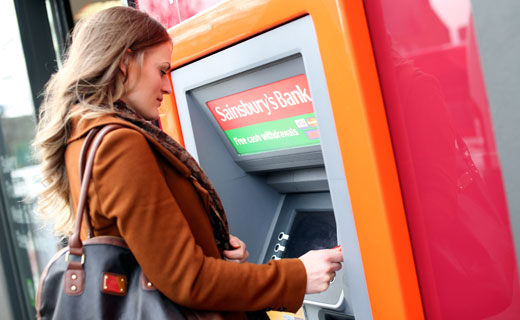 Commenting on the results, Chief Executive Officer Robert P. Ingle II said, “We wanted to keep prices low for our customers throughout the holiday season. We believe these actions strengthened ties with our customers and will benefit us in the long run.”

Total operating expenses were $177.4 million for the first quarter of fiscal 2014 compared with $174.8 million for the comparable fiscal 2013 quarter. Operating and administrative expenses as a percentage of sales, excluding gasoline sales and associated operating expenses, were 21.9% and 21.6% for the three months ended December 28, 2013, and December 29, 2012, respectively.

Interest expense decreased $3.8 million for the three-month period ended December 28, 2013, to $11.8 million from $15.6 million for the three-month period ended December 29, 2012. Total debt at December 28, 2013, was $925.1 million compared with $877.0 million at December 29, 2012. Interest expense decreased despite the increase in total debt due to the lower rate on Senior Notes issued in June 2013 compared with the debt that was repaid. The Company currently has a line of credit totaling $175.0 million with $14.4 million borrowed and $10.3 million of unused letters of credit issued at December 28, 2013. The Company believes its financial resources, including these lines of credit and other internal and anticipated external sources of funds, will be sufficient to meet planned capital expenditures, debt service and working capital requirements for the foreseeable future.

The comments in this press release contain certain forward-looking statements. Ingles undertakes no obligation to publicly release any revisions to any forward-looking statements contained herein to reflect events or circumstances occurring after the date hereof or to reflect the occurrence of unanticipated events, except as required by law. Ingles’ actual results may differ materially from those projected in forward-looking statements made by, or on behalf of, Ingles. Factors that may affect results include changes in business and economic conditions generally in Ingles’ operating area, pricing pressures, increased competitive efforts by others in Ingles’ marketing areas and the availability of financing for capital improvements. A more detailed discussion of these factors may be found in reports filed by the Company with the Securities and Exchange Commission including its 2013 Form 10-K

Ingles Markets, Incorporated is a leading supermarket chain with operations in six southeastern states. Headquartered in Asheville, North Carolina, the Company operates 203 supermarkets. In conjunction with its supermarket operations, the Company operates neighborhood shopping centers, most of which contain an Ingles supermarket. The Company also owns a fluid dairy facility that supplies Company supermarkets and unaffiliated customers. The Company’s Class A Common Stock is traded on The NASDAQ Stock Market’s Global Select Market under the symbol IMKTA. For more information, visit Ingles’ website at www.ingles-markets.com.