Manila, Philippines, 2014-2-10 — /EPR Retail News/ — SM Cinema, the largest cinema exhibitor in the country to date, unveiled a Director’s Club Cinema and an IMAX Theatre in the newest expansion of SM Megamall in Ortigas—the Mega Fashion Hall—last January 26, 2014. The Mega Fashion Hall—a high-end wing which will house trendy, global brands from food to retail–will make an apt location for Director’s Club Cinema and IMAX Theatre; the two cinemas boast of sophisticated and world-class facility and service.

The IMAX Theatre in SM Megamall, on the other hand, is the eighth IMAX theatre to open in the Philippines. Perfectly situated within a bustling business district, the IMAX Theatre in SM Megamall features 472 seats with provisions for PWDs. IMAX is designed to fill one’s field of vision and engulf one in cinematic surround-sound so powerful it is almost tangible. The screen is several times larger than a standard theatre screen and is slightly curved with seats angled, allowing audience to have an unobstructed view of the movie screening. 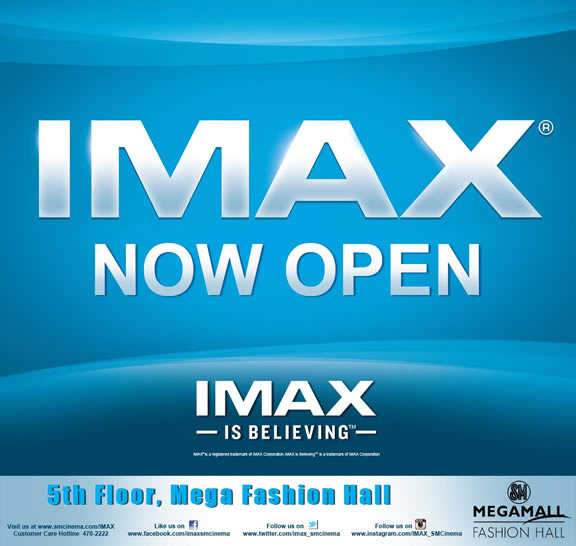