Another sign of optimism is that consumers say that gas prices have to significantly increase before they will change their driving behavior. Consumers say prices would have to increase 79 cents per gallon before they will cut back on their driving and that prices would have to rise $1.74 before they would seek out an alternative to driving or drive drastically less. Both of these gaps between current prices and future behaviors are at their highest levels since NACS began capturing this metric in May 2013.

Consumers also may feel that they are getting more value for their dollar. Miles per dollar spent at the pump increased 4.3% to 7.2 miles per dollar, according to consumers’ self-reported gas prices and gas mileage estimates.

“By virtually every metric that we examined, consumers, particularly younger consumers, are feeling optimistic, and that is great news for the economy’s prospects in 2014,” said NACS Vice President of Government Relations John Eichberger. “However, consumers do have concerns that gas prices will increase: more than half of them (51%) say that prices will increase over the next 30 days, and if that is the case, overall consumer optimism may take a hit.”

Every month, the National Association of Convenience Stores (NACS) conducts a nationwide survey in partnership with Penn, Schoen and Berland Associates LLC to measure consumer perceptions about gas prices and how they relate to broader economic conditions. For the February survey, 1,115 gas consumers were surveyed from February 4-6, 2014. The margin of error for the entire sample is +/-2.85 at the 95% confidence interval and higher for subgroups. The OPIS weekly national average price for gas was $3.279 on February 3, the week in which the survey was fielded. Summary results from this and previous surveys can be found at www.nacsonline.com/gasprices.

Founded in 1961 as the National Association of Convenience Stores, NACS (nacsonline.com) is the international association for convenience and fuel retailing. The U.S. convenience store industry, with more than 149,000 stores across the country, posted $700 billion in total sales in 2012, of which $501 billion were motor fuels sales. NACS has 2,100 retail and 1,600 supplier member companies, which do business in nearly 50 countries. 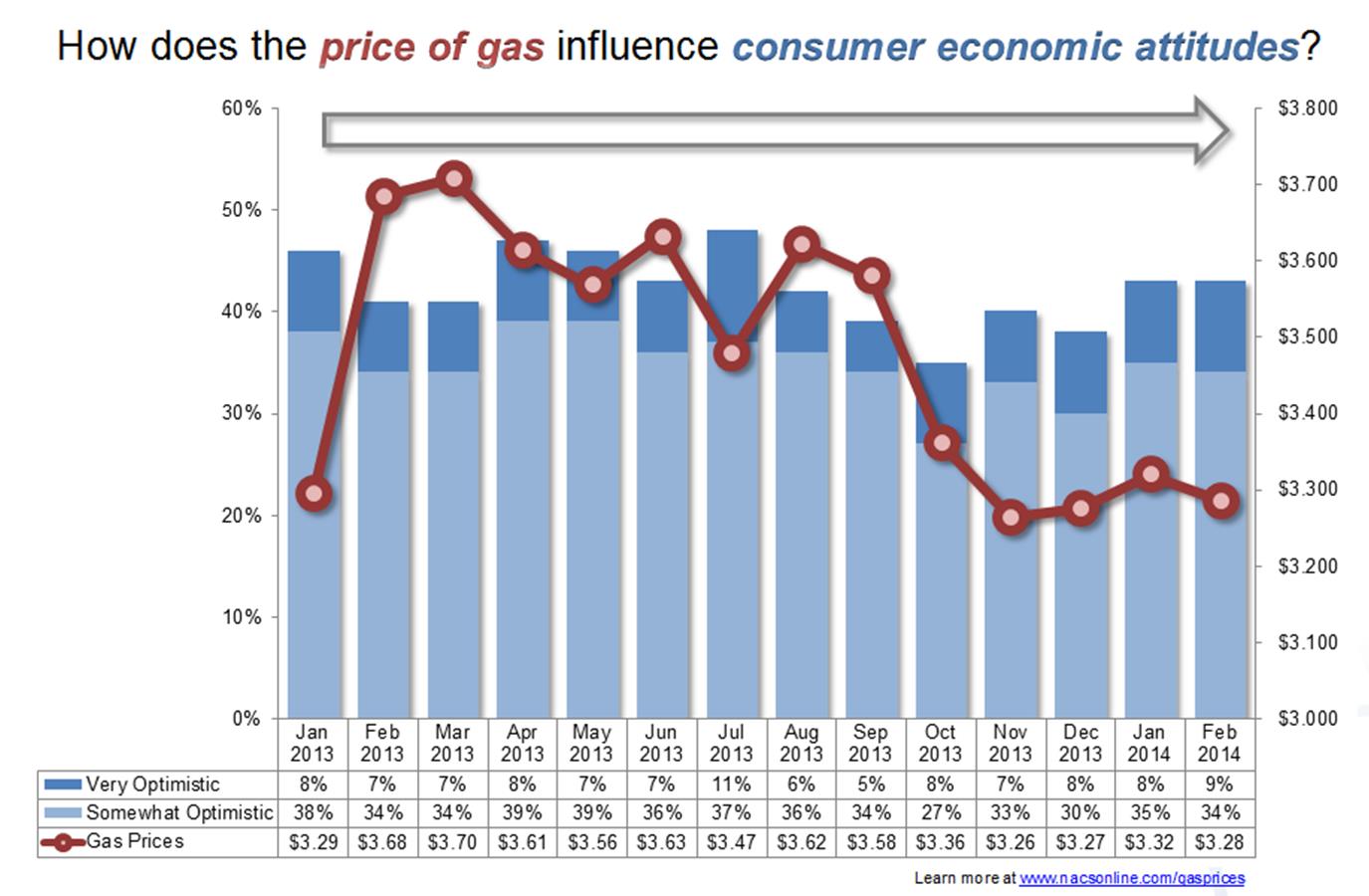