In a recent forum by the Fund Managers Association of the Philippines held at the SMX Convention Center in Taguig, SM officials cited the benefits of the landmark merger which was announced in 2013 that transformed SM Prime as one of the Southeast Asia’s largest property companies. SM Prime today has shopping malls, residences, offices, hotel and convention centers and leisure facilities.

SM Vice Chairperson Teresita Sy-Coson said that the SM Group has been “particularly active” with developments across all its core businesses in banking, retail and property which is indicative of the Philippine economy’s growth story.

“The reason why we merged the residences, malls, hotel, commercial, leisure and other landbank under SM Prime was to create a property company that is strong and well positioned for the future,” Mrs. Coson said.

She added that SM continues to have faith in the growth of the Philippine property sector which is just emerging. “The strength of SM has always been to create and leverage synergies across all businesses and this merger does that for our property units. As a result, we can do larger and more long-term integrated master planned developments and more lifestyle cities,” Mrs. Coson added.

SM Prime Vice President for Finance Teresa Reyes-Agsalud meantime said that as a result of the merger, SM Prime is in a position to pursue its next phase of growth. SM Prime now has access to a significantly larger land bank of over 900 hectares and real estate assets of US$13.8 billion as of the end of December 2013.

“The bigger scale and enhanced capabilities will allow SM Prime to unlock revenue synergies within the group as well as pursue larger and more attractive opportunities in the market,” Agsalud said.

She said that part of the strategy of SM Prime is to develop more “lifestyle cities” similar to the 60-hectare Mall of Asia Complex in Pasay City which will optimize land where premiere malls currently stand.

SM Prime is eyeing to replicate such lifestyle cities in SM Clark in Pampanga where the company already has an existing mall; SM North EDSA;  its rising development SM Seaside City in Cebu; and in SM Lanang Premier in Davao.

SM Prime is eyeing building a Park Inn hotel in Clark. SM North EDSA hosts call center operations in itsAnnex Building and is adjacent to Grass Residences while just across the road, SM Cyber West , which is already 100% pre-leased since last year, is scheduled for completion in 2014.  SM Seaside City Cebu, which will open in 2015, sits on a 30-hectare lot and will house a 400,000 square meter mall to be followed by another SM Arena. SM Lanang Premier, which was opened in 2012 is next to Park Inn Hotel and includes an SMX Convention Center.

“We are convinced that by working together as one SM Prime significant value and synergies can be unlocked for all our stakeholders,” she said.

SM SVP for Investor Relations Corazon Guidote also cited the Mall of Asia Complex as a classic example of how commitment, taking a long-term position, proper planning and execution on a development can unlock significant value not just for shareholders but for the whole city of Pasay.

“When I joined SM, there was just the mall in MOA. Now you have the mall, SMX, the MOA Arena, and the offices and residences which are interrelated in terms of operations. These developments enhanced the value of the land in MOA by over 23 times since the late nineties even prior to the property merger,” Guidote said.

She also said that SM sees opportunities for growth in offices and hotels.

“For the offices, we will be increasing momentum through our E-com buildings. Initially the plan was to put up four but now the plan is to come up with five. For the hotels, we will be putting up more Park Inns. Davao is doing very well and it really suits the needs of the market at this time,” Guidote said.

“By holding on long-term and trying to optimize synergies within the group, that’s how we create value for shareholders,” Guidote added. 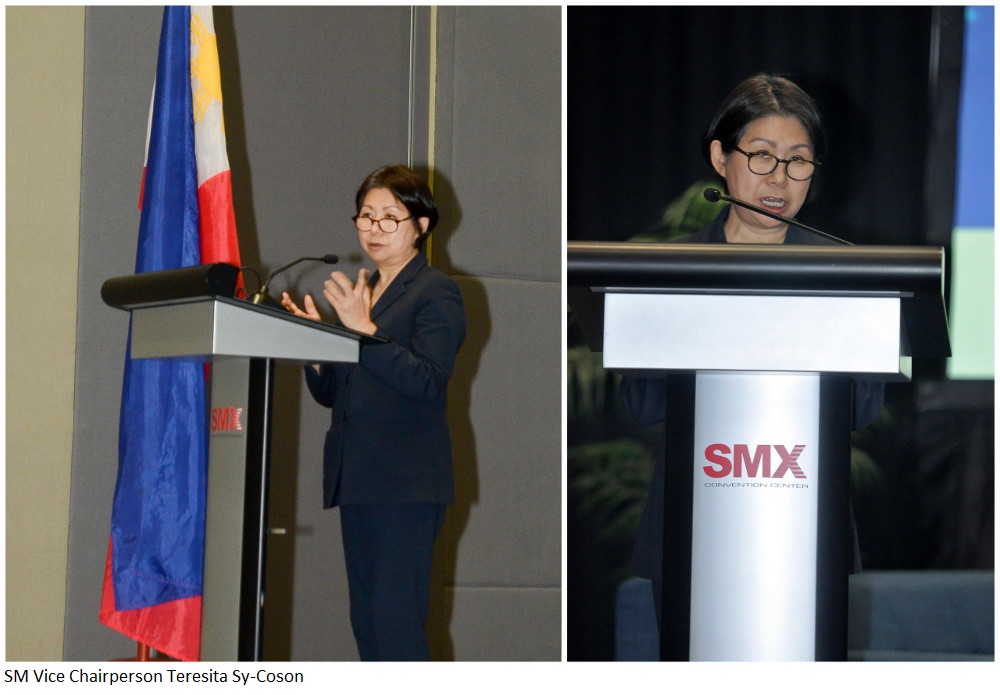