SEATTLE, 2015-1-13 — /EPR Retail News/ — Any Seahawks fan knows LOB stands for Legion of Boom – the nickname of the team’s cornerbacks and safeties. The Seahawks and Starbucks are teaming up to offer something special for the “Legion of Brew,” Seahawks fans who are also Starbucks customers.

During the upcoming championship run, fans who visit one of 30 select Starbucks® stores will receive exclusive Seahawks content sent directly to their smartphone courtesy of the Seahawks Mobile App. That includes photos and video messages from players like defensive tackle Michael Bennett who tells fans what his favorite Starbucks beverage is “on a cold, wet day in Seattle.”

To receive the exclusive content fans must install the latest version of the Seahawks Mobile App (version 2.1) for their iOS device, coming soon for Android. After fans grant the app permission to use Bluetooth and location services, they’ll be able to browse content available only at these participating Starbucks® stores during the NFL post-season from now through February 8, 2015.

“Starbucks partners and customers have been a great support throughout the season by showing their Blue Pride along with us every Blue Friday,” said Seahawks COO Chuck Arnold.  “We’re excited to team up with Starbucks to offer their customers, and fellow 12s, exclusive Seahawks content in celebration of the playoffs.”

Starbucks is proud to collaborate with the Seattle Seahawks throughout the year, from fueling fans with coffee at CenturyLink Field, to inviting players to the corporate headquarters to job shadow partners (employees) in various departments.

Over the past two years Starbucks and its customers have contributed $100,000 to A Better Seattle (ABS), an initiative founded by Head Coach Pete Carroll to reduce youth violence by providing education, resources and opportunities through outreach workers in several Western Washington cities. Part of Starbucks effort to raise awareness and funds for ABS included co-branded Starbucks Cards, and having Coach Carroll and several players serve as guest Starbucks baristas. 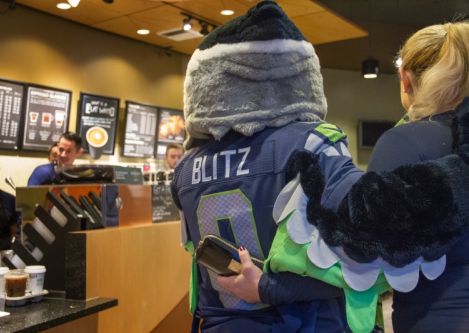 SEATTLE, 2015-1-13 — /EPR Retail News/ — Starbucks Coffee Company (NASDAQ: SBUX) chief operating officer Troy Alstead – a 23-year veteran of the company who also served for many years as the company’s chief financial officer, as well as leading the operations and development of Starbucks international business and its Europe, Middle East and Africa business unit – is taking an extended unpaid leave from the company.  Alstead’s last day in his current role will be March 1, 2015.

“Looking back on the 23 years we spent together side-by-side as Starbucks colleagues, I can recall so many memorable moments and accomplishments in which Troy can take pride in a job well done,” said Starbucks chairman, president and chief executive officer Howard Schultz. “Troy is a beloved Starbucks partner and has played an invaluable role in our growth as an enterprise and in the development of our culture as a performance-driven company balanced with humanity, which is unique for our industry. Troy’s humanity and humility will be missed and we wish him the best.”

Further transition plans will be detailed by Alstead and Schultz on the company’s Q1 FY15 earnings call, scheduled for January 22, 2015.

About Starbucks
Since 1971, Starbucks Coffee Company has been committed to ethically sourcing and roasting high-quality arabica coffee. Today, with stores around the globe, the company is the premier roaster and retailer of specialty coffee in the world. Through our unwavering commitment to excellence and our guiding principles, we bring the unique Starbucks Experience to life for every customer through every cup. To share in the experience, please visit us in our stores or online at news.starbucks.com. 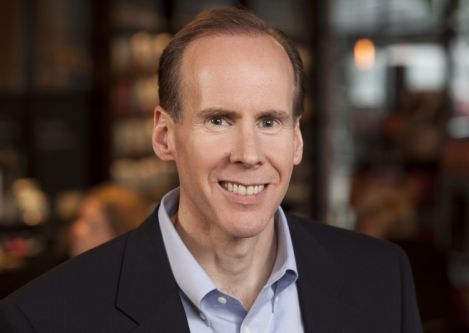