Barcelona, SPAIN, 2015-11-30 — /EPR Retail News/ — The future of television is changing and MANGO is already part of it. The fashion firm launches the MANGO app for Apple TV. From today, users of this new platform will be able to access fashion proposals in large format via their television set.

The browsing experience not only allows access to campaign images, look books and fashion films of the different MANGO, MANGO Man, MANGO Kids and Violeta by MANGO lines, but also allows users to add a selection of their favourite garments to their shopping bag.

By using the Siri Remote control, with its redesigned and fully-adapted interface, users can enjoy a new experience via their television set. The application, available in 20 different languages, is fully compatible with the brand’s other apps and webpages.

As Apple announced with the launch of its devices, MANGO is joining this new era in the audio-visual revolution in smart television sets. The American multinational has designed a totally new device full of possibilities and perfectly adapted to the innovative spirit that MANGO has shown since it was founded.

Last June, the fashion firm launched its app for the Apple smart watch, just a few months after maintaining its commitment to technological innovation with the Scan & Shop feature for mobile devices (based on image recognition and augmented reality).

MANGO remains a pioneer in adapting to e-commerce in Spain, adapting its online selling to any device.  This has resulted in 50% of its total traffic being carried out via mobile devices and native apps. Last year, mobile devices accounted for over 30% of the company’s e-commerce turnover, and online selling now represents 9.1% of total turnover. Furthermore, in 2014 the firm launched its online store in 12 new countries, bringing the total number of countries in which online selling is now available to 76. 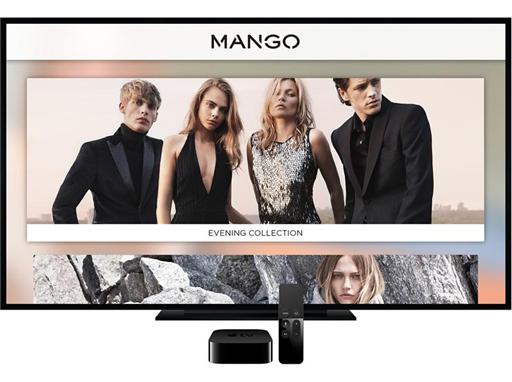