Arteixo, Spain, 2015-12-4 — /EPR Retail News/ — Zara Home, the Inditex Group trademark devoted to homewear and home decor, is due to launch its online platform in Australia (www.zarahome.com) on 3 December.

This launch marks the start of Inditex’s e-commerce operations in the Southern Hemisphere. This move emulates the decision taken back in 2007 to use Zara Home as the first Group retail format to spearhead online sales. The rollout of Inditex’s first virtual store in Australasia coincides, moreover, with the opening of the chain’s 500th establishment, namely a 480m2 flagship store in Sydney’s Pitt Street Mall.

The product catalogue available at the new online store includes home textiles from sheets and towels to tablecloths as well as a selection of furniture, dishware, cutlery, home decoration objects and gift items; in short, all the same products as are available in the physical stores.

The e-commerce platform will also be configured for the chain’s official app which is available in iOS and Android format. www.zarahome.com users will be offered new items weekly and monthly lookbooks and videos with all the latest trends.
To celebrate its arrival in Australia, all orders placed online during the first week following the launch will enjoy free delivery.

In parallel to the arrival of www.zarahome.com in the Australian market, the Inditex Group’s homeware chain will inaugurate its 500th store in Sydney’s Pitt Street Mall. The new establishment, a two-storey flagship store spanning 480m2, will accommodate all of the brand’s collections, including the Zara Home Kids line.

The establishment will showcase an innovative store design, in keeping with the newest Zara Home image being deployed worldwide. The architecture team has sought to respect the building’s original façade, which is punctuated by characteristic gold logos and white lattice anagrams on the windows.

The store combines a vanguard and elegant design with a penchant for simplicity and respect for nature, as is evident in the materials used. The neutral colour palette, the use of chestnut timber and marble floors which echo mother-of-pearl are some of the hallmark traits of this new Zara Home store in Sydney.

As with the rest of the Zara Home stores around the world, the Sydney store will launch two collections a year. To this end, the design teams will present ideas which pick up on the latest trends each season. In parallel, the product range will be refreshed with new items twice a week.

About Zara Home
Zara Home is the Inditex Group chain specialised in homewear and home decor. Its collections take their inspiration from the latest fashion trends and materialise in a catalogue encompassing home textiles, such as bedding, towels and tablecloths, as well as furniture, dishware, cutlery, ornaments, gift items, loungewear and a line of bathroom and bodycare products. Since its launch in 2003, Zara Home has grown rapidly and its footprint currently extends to 62 markets, including Australia, with a total of 500 stores.

Moreover, it sells its products online in 22 markets. Underpinned by a team of over 3,500 professionals, the brand offers the latest trends in home decor and fashion every season, restocking and rolling out new products across its store network every week. 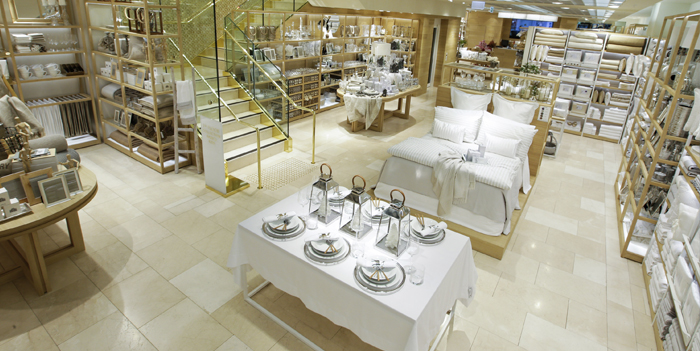 Inditex: Zara Home to launch its online platform in Australia