AMSTERDAM, 2015-12-10 — /EPR Retail News/ — SPAR International, the world’s largest voluntary retail chain, has announced further expansion of its global footprint with confirmation that the brand has opened its first store in Azerbaijan.

Located in Baku, the country’s capital, the new 1,800m² SPAR store has been established with local partner Araz which already services more than 37,000 daily customers and operates neighbourhood stores, convenience stores and supermarkets. Araz, which became a SPAR partner in April this year, was founded in 2010 and is part of Veyseloglu LLC, a leading retail and wholesale business which was established in 1992 and has over 2,500 employees.

SPAR’s growth in the Caucasus follows confirmation of plans by Khimji Ramdas, the brand’s partner in Oman, to open 21 new stores in the Sultanate by the end of 2017.

Speaking at the official opening of the first SPAR store in Baku General Director SPAR Azerbaijan Vusal Sharifov said, “Food retailing continues to be one of the most dynamic sectors of Azerbaijan’s economy and Araz has strong plans for growth, with the aim of opening more than eight new SPAR stores with a total sales area of 12 000 m2 by the end of 2017. The introduction of the SPAR brand into the local market brings global best practice to retailing in Azerbaijan and delivers a new and unique offering to local consumers based on the SPAR principles of freshness, quality, choice and customer service.”

“Our partners in Azerbaijan and Oman, have ambitious plans for growth in both of their markets and we look forward to working with them to grow their presence further into the future.”

The Azerbaijan opening brings to four the number of new SPAR countries in 2015 following store openings in Cameroon, Malawi and Indonesia. 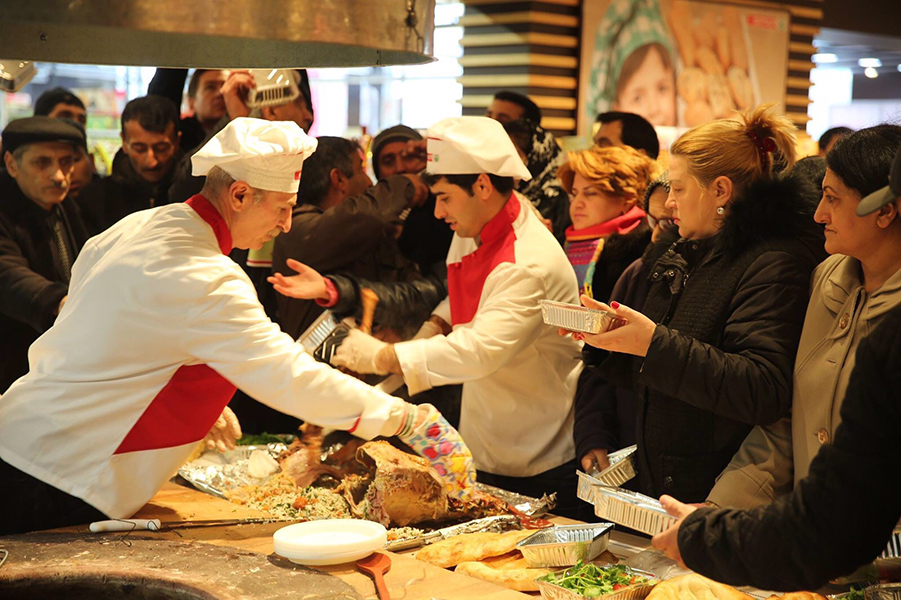