Antibes, France, 2015-12-17 — /EPR Retail News/ — Castorama France has formally re-opened its Antibes store in the south of France after a two-year long period of works. The store, which officially reopened in December, now leads the way on green building design.

The five original store buildings have been redeveloped into two. The main building has been built to passive design1 standards (as recognised by the French Thermal Regulations 2012), meaning that it will produce more energy than it consumes. Castorama’s vision is for the store to become a laboratory for testing new, sustainable construction techniques.

Some of the techniques used include:

By installing 1,245m2 of photovoltaic solar panels, the main building will be ‘Energy Positive’ as recognised by the French Thermal Regulations 2012, and based on the store’s annual average energy consumption2.

Crispin Burridge, Director of Group Property Services, Kingfisher plc, said: “We continue to trial initiatives to reduce our property portfolio energy intensity and then to find ways of delivering low or zero carbon energy. Our latest store in Castorama France demonstrates this strategy in action and what is ultimately possible.”

The Castorama Antibes store reopening follows the opening of the latest Brico Dépôt store in Dax, south western France in October, which has been built to be as energy efficient as possible. It exceeds sustainability standards in insulation, heating and air conditioning.

The Dax store has been built as an “energy efficiency learning store”, where new technologies in this area will be tested. Brico Dépôt’s aim is to develop stores which will eventually produce the energy they need – no more, no less – autonomously. In this vein the Dax building will soon be equipped with solar panels to produce its own energy, and eventually become energy self-sufficient. Its construction meets the American standard for Net Zero energy consumption.

In December Kingfisher announced an investment of £50 million into renewable energy as part of an ambition to reduce its energy consumption from the national grid by 10% in the next two years. The investment will be spent on a range of renewable technologies.

The roll-out of photovoltaic (PV) solar panels will commence immediately in the UK and France on distribution centres and selected stores, and is expected to be rolled-out to the majority of the 10 countries in which Kingfisher operates. Other future renewable energy sources will include air source heat pumps, combined heat and power boilers and new fuel cell generation.

The investment decision was made following the completion of a PV installation at the Screwfix head office and contact centre in Yeovil this summer, which has been performing well. More than a third of the contact centre’s power is now generated by its solar panel installation.

1 In order to reach ‘Passive’ certification, a building must consume less than 15 kWh/m2. Antibes’ main building has been designed to use less than 8 kWh/m2 (excluding the solar energy generation).

2 Engineers have calculated that the energy generated from the solar panels will be greater than the stipulated primary energy consumed by the store. The primary energy is defined as that used by the heating, general lighting (includes offices but excludes merchandising accent lighting or car park lighting), cooling, ventilation and water heating.

The construction of the Antibes and Dax stores preceded Kingfisher’s announcement of its £50 million investment into renewable technologies. 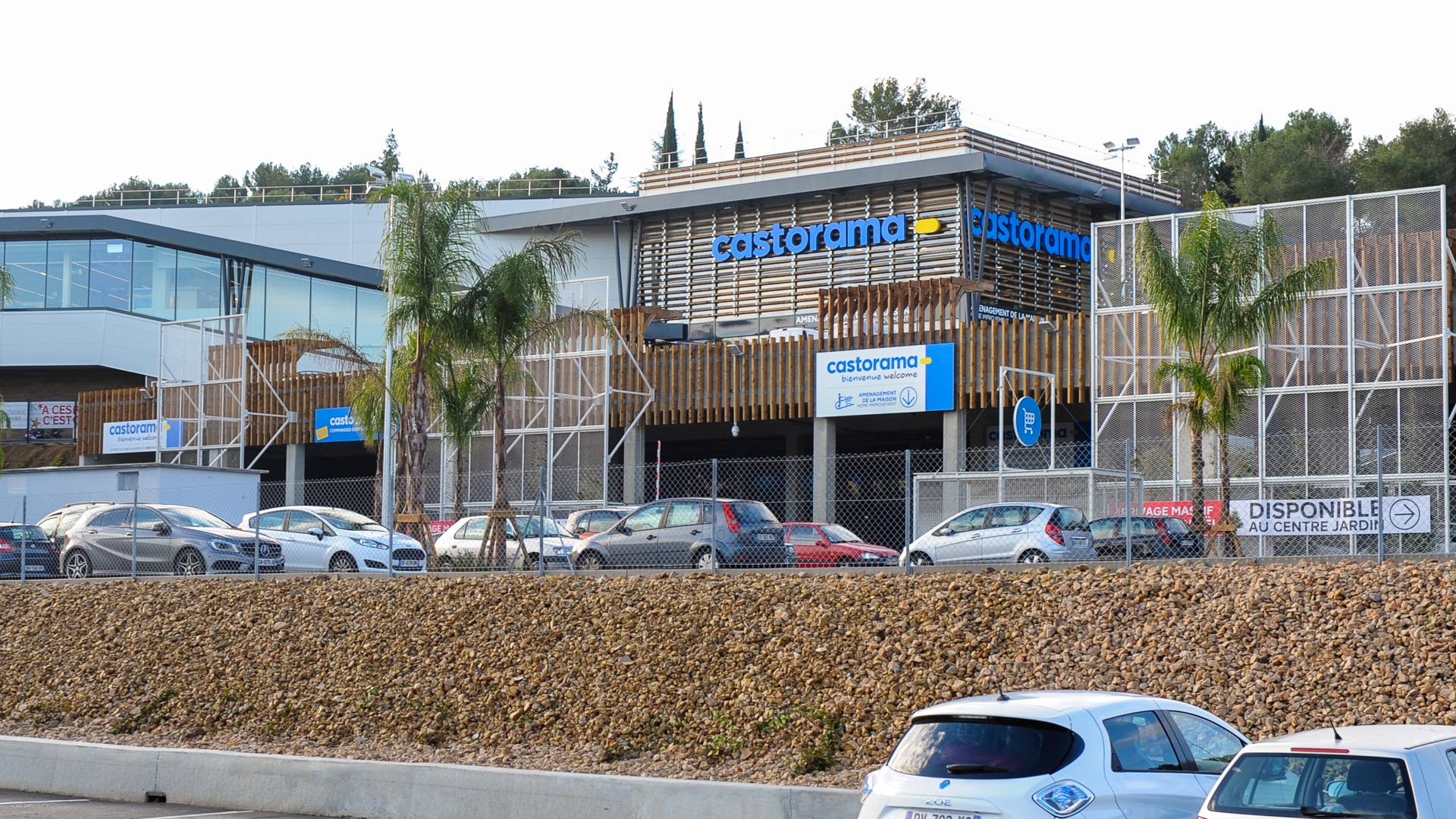