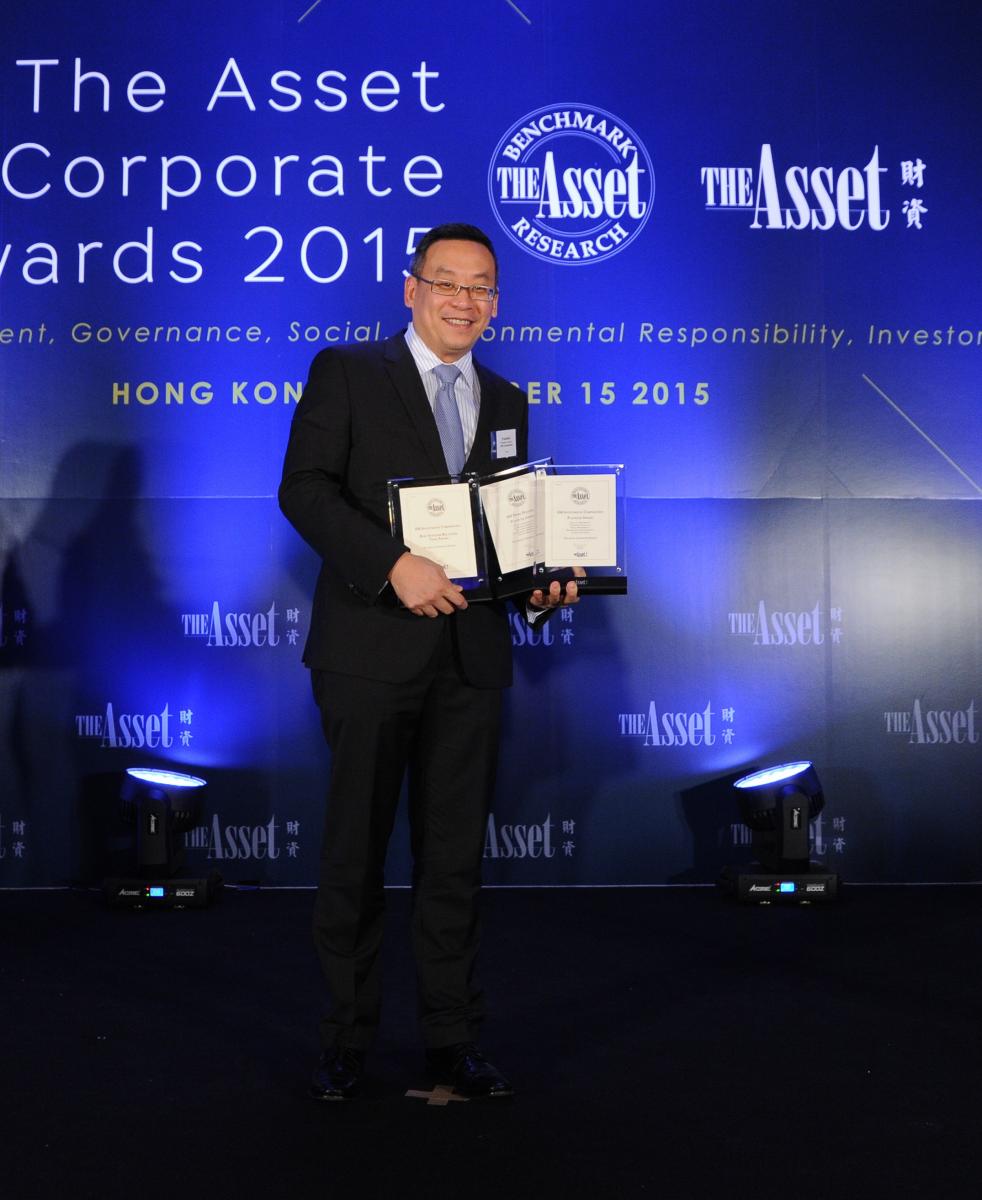 SM SVP for Finance Franklin Gomez receives The Platinum Award for excellence in corporate governance, corporate social responsibility and investor relations on behalf of the company.

SM was also awarded as the Best Investor Relations Team, a new category this year. SM is the sole Philippine company awarded this category among only seven companies in the Asian region. SM’s Investor Relations department is headed by Senior Vice President Corazon P. Guidote. She is supported by a team of IR and communications professionals whose main goal is to address the requirements of both its major and minority shareholders through direct communications, mainstream and social media communications, domestic and international IR roadshows, conferences and forums. They reach out to as many investors as possible both equity and fixed income who have interest in the Philippines given that SM is widely considered by the investment community as an ideal proxy for investing in the country.

Attesting further to SM’s adherence to global standards across the group, its major listed subsidiaries SM Prime Holdings Inc. and BDO Unibank, Inc. likewise received the Platinum Award. BDO and SM Prime have also been excellence awardees of The Asset for the past six years.

The Asset’s Corporate Awards, which focuses on Excellence in Governance, CSR and Investor Relations, uses a rigorous research process for benchmarking the region’s listed companies. The criteria used to assess the companies include a range of metrics on financial performance, which are also a proxy for gauging management acumen. The purpose of the awards is to recognize the importance of sustainable growth where companies are also evaluated according to the quality of their corporate governance, social responsibility, environmental responsibility and investor relations. A total of 56 companies were awarded on December 15 at the Four Seasons Hotel in Hong Kong.