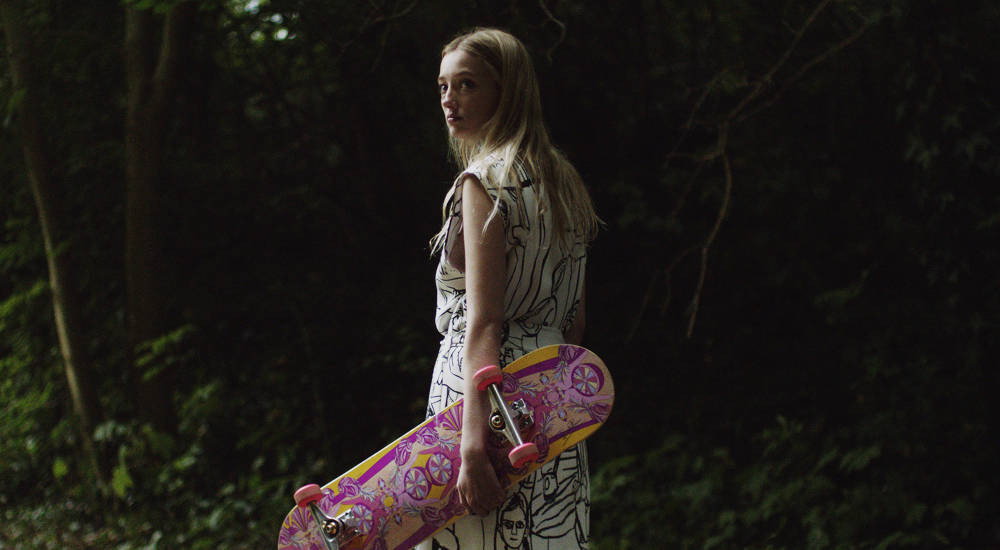 PARIS, 2015-12-22 — /EPR Retail News/ — Emilio Pucci has unveiled a trendsetting collection of skateboards, featured in a short film produced by Nowness. The artistic collaboration follows a design partnership with the University of Art and Design Lausanne (ECAL).

To capture its new skateboard collection on film, Pucci called on Nowness. Created in 2010 and the youngest House in the LVMH Group, Nowness is a pioneering platform for curated creative video content centered on the arts and culture. Director Edward Housden conceived the film Rolling with Puccias a short film, rather than a music or fashion clip. “I wanted to think of an unconventional way to use the skateboard and take the film away from something like a modern skate video.” The camera follows young model Martha-Rose Redding – wearing a silk dress from the 2016 Pilot Resort Collection – as she tries to rival two tween boys in a naive and bucolic dolce vita atmosphere.

To design this novel collection, Pucci called on the talents of students at the University of Art and Design Lausanne (ECAL). Following an immersion in the history of Pucci prints, the students were challenged to reinterpret the Pucci codes in an innovative way. Clémence Chatel’s  “Dolce Vita” patterns were chosen to deck out the skateboards with motifs inspired by Italian culture. The skateboards feature seven different prints on two models, the Street and the Cruiser. The boards are available exclusively online at the brand’s flagship site www.emiliopucci.com.