FERGUSON, MO, 2016-May-04 — /EPR Retail News/ — Starbucks (NASDAQ: SBUX) today unveiled its first store in Ferguson, Missouri as part of a national plan to provide local jobs, create training opportunities for youth, and support efforts to rebuild and revitalize communities.  Starbucks plans to open similar stores in at least 15 low- to medium-income communities across the U.S. by 2018. With an estimated 5.5 million young Americans not in school or at work, the majority of whom live in some of the country’s most diverse, yet undeserved communities, Starbucks aims to make a long-term impact by opening stores that will help provide a tangible boost to the local economy and bring meaningful jobs.

“We’ve long considered how we can help deliver social impact in ways that drive our business forward,” said Rodney Hines, Starbucks director of Community Investments for U.S. Retail Operations. “We have always seen investments in the communities where Starbucks partners live and serve as investments in our business and brand. As we got to know the Ferguson community over the last year, we heard incredible stories of strength, empathy and understanding. We also heard loud and clear the need for business leadership and investment in the form of new jobs and training opportunities, particularly for young people. That’s why we are proud to be here with the community as we prepare to open our doors. Together, we want to help demonstrate that coming to a city like Ferguson is not just good for the community, but good for business too.”

Nationally, 1 in 7 young adults does not work or attend school[1], a challenge that is compounded in low- to medium-income communities like Ferguson, particularly among young people of color. In the St. Louis region, 14% of young people ages 16-24 – an estimated 48,000 young men and women – are disconnected from jobs and educational opportunities[2] and nearly half of all young African American men in the area are unemployed, compared with 16% for young Caucasian men. In addition to creating new local jobs, Starbucks will work with nonprofit partners like the Urban League of Metropolitan St. Louis to provide a robust, multi-week job skills training program for local youth, using a specially-designed classroom space within the store. Starbucks hopes to work alongside community partners like the Urban League to help address some of the systemic barriers facing young people in the Ferguson area.

“Ferguson was an awakening for all of us to really take a hard look in the mirror, and try to turn what was a tragedy into a triumph,” said Michael McMillan, President and CEO of the Urban League of Metropolitan St. Louis, one of Starbucks key community partners in the initiative. “We saw people from all over the country wanting to be involved in our community, and to give back and help. Yet, the number one thing we heard from young people in Ferguson is ‘we need jobs.’ So we need to engage these youth and we need to figure out how we can help them to get what they need to be productive citizens. The work will take years to complete. This is both a sprint and a marathon for our community, and we urgently need other businesses like Starbucks to join us.”

“Ferguson is grateful to Starbucks for recognizing the strength and resilience of our community by choosing to invest here,” said Ferguson Mayor James Knowles III. “The City of Ferguson and the greater North County region have both obstacles to overcome, but also great potential.  Starbucks has shown their commitment to this region by helping our young people with much needed job training, as well as their commitment to the greater business community by partnering with local entrepreneurs to deliver great services and products to our citizens.  We are excited to welcome Starbucks into the community and look forward to a long and lasting community partnership.”

The Starbucks store, featuring both a café and drive-thru at West Florissant & Somerset in Ferguson, has hired 30 partners (employees), many of whom are from the Ferguson or greater St. Louis areas, including store manager Cordell Lewis. Hiring locally is an important part of the company’s strategy to support economic development and build stronger connections with the community. With benefits like full health care coverage and equity in the form of stock for both part-time and full-time partners, as well as the Starbucks College Achievement Plan, which gives partners the opportunity to get a bachelor’s degree from Arizona State University with full tuition reimbursement, Starbucks will provide Ferguson partners with the same opportunities available to partners across the country.

“I was in essence the ‘opportunity youth’ we are trying to help,” said Lewis, who has already enrolled in online classes at Arizona State University through the Starbucks College Achievement Plan. “I come from a single-parent family and was lucky to have a coach who saw a spark in me when I was a high school athlete. That helped me turn my life around. Starbucks opening in this community means the company also sees what Ferguson can become. It has its challenges, and we have to have those conversations, but we also have so many young men and women with a lot to offer, including our new team of partners. My goal is to be their coach, to listen, and to help drive their passions. That’s the type of leader I want to be – for my team and for our community.”

As part of its commitment to investing in the community, Starbucks is also working with Natalie DuBose, owner of Ferguson bakery Natalie’s Cakes & More which suffered extensive damage following the rioting in 2014. In considering ways to invest in the local community, Starbucks is now selling DuBose’s signature caramel cakes at more than 30 St. Louis-area locations and will feature the product in the new store in Ferguson. As a result, DuBose’s workforce has grown from three to more than 20, double what it was when Starbucks broke ground on the Ferguson location in November 2015. DuBose is also heavily involved in the community, speaking regularly about entrepreneurship at local high schools, hiring locally, and sourcing ingredients locally whenever possible. Starbucks also worked with Simms Building Group, a minority-owned general contracting and construction management firm in the St. Louis area, to build the site.

A Pathway to Jobs for Local Youth

The Ferguson store will work with the Urban League of Metropolitan St. Louis to provide a unique in-store training program where young people in the community will have the opportunity to enroll in a multi-week retail and customer service skills training program. The program meets a critical need for practical job training opportunities for young people, many of whom are eager to start their first job and work collectively to transform the legacy of the Ferguson community.

Starbucks is set to offer a similar training program for youth at its new store in the Jamaica neighborhood of Queens, NY, working with local nonprofit organizations like Queens Community House and the YMCA and Opportunities for a Better Tomorrow’s Y Roads program. Starbucks will seek to build similar alliances in each of the 13 additional communities it is considering in the national initiative, including stores in the Englewood neighborhood of Chicago’s South Side and a remodeled store at 7th & Camelback in Phoenix.

“Ferguson’s young people still remain hopeful and resilient,” said McMillan. “An in-store training opportunity with Starbucks will go a long way for a young person preparing for their first job. And that first job is going to set them up for success and help open up a world of opportunity. That’s why we wanted to work with Starbucks and together find a way to use this new space to be so much more than a coffee shop, but a hub for the kind of opportunities that might help a young person get their start.”

“I am grateful to Howard Schultz for believing and investing in our community. The impact of Starbucks’ commitment to Ferguson is enormous! It creates a ripple effect – jobs, revitalization, economic opportunities, and restores community pride. Starbucks is leading by example,” said The Honorable Hazel Erby, Saint Louis County Council, District 1.

“As a council member for Ward One in Ferguson Missouri I am so excited and proud to welcome Starbucks to our community!  The confidence and dedication this company has shown in our residents and town is very encouraging and inspiring. We look forward to a long and strong relationship between the city of Ferguson Missouri and the Starbucks Corporation,” said Ferguson City Council member Linda Lipka, Ward 1.

[1] Measure of America, One in Seven: Ranking Youth Disconnection in the 25 Largest Metro Areas

[2] Measure of America, Zeroing In on Place and Race: Youth Disconnection in America’s Cities 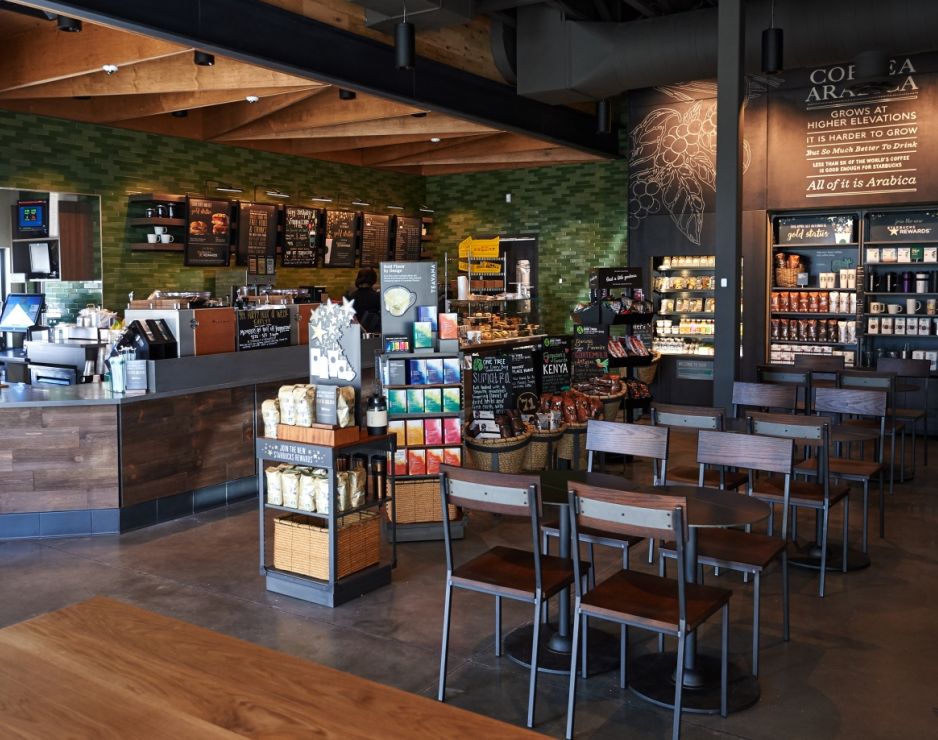