“Dollar General is excited to celebrate the grand opening of our San Antonio distribution center,” said Todd Vasos, Dollar General’s chief executive officer. “We have quickly built a great team in San Antonio. This new facility strengthens our distribution network and helps our stores better serve our customers. We look forward to a longstanding partnership with the community as we continue to focus on our mission of Serving Others.”

“I am pleased to see a major employer bring so many jobs that meet our economic development criteria and goals,” Bexar County Judge Nelson Wolff said. “Dollar General has brought a major economic boost to East Bexar County with the distribution center.”

“It’s gratifying to see that what began as an initial site location analysis in October 2013 has evolved into Dollar General’s newest regional distribution hub,” said Tom Long, executive vice president of the San Antonio Economic Development Foundation. “We are proud to announce that the Institute for Economic Development at UTSA estimated the economic impact of Dollar General’s investment to exceed $750 million over the next 10 years, contributing to the growth and prosperity of our community.”

As part of the celebration, Dollar General donated $10,000 to the Carver Branch Library to support its literacy and outreach initiatives.

For additional information, photographs or items to supplement a story, please contact the Media Relations Department at 1-877-944-DGPR (3477) or via email at dgpr@dg.com.

About Dollar General Corporation
Dollar General Corporation has been delivering value to shoppers for over 75 years through its mission of Serving Others . Dollar General helps shoppers Save time. Save money. Every day!® by offering products that are frequently used and replenished, such as food, snacks, health and beauty aids, cleaning supplies, basic apparel, housewares and seasonal items at low everyday prices in convenient neighborhood locations. With 12,719 stores in 43 states as of April 29, 2016, Dollar General is among the largest discount retailers in the United States. In addition to high quality private brands, Dollar General sells products from America’s most-trusted manufacturers such as Procter & Gamble, Kimberly-Clark, Unilever, Kellogg’s, General Mills, Nabisco, Hanes, PepsiCo and Coca-Cola. Learn more about Dollar General at www.dollargeneral.com 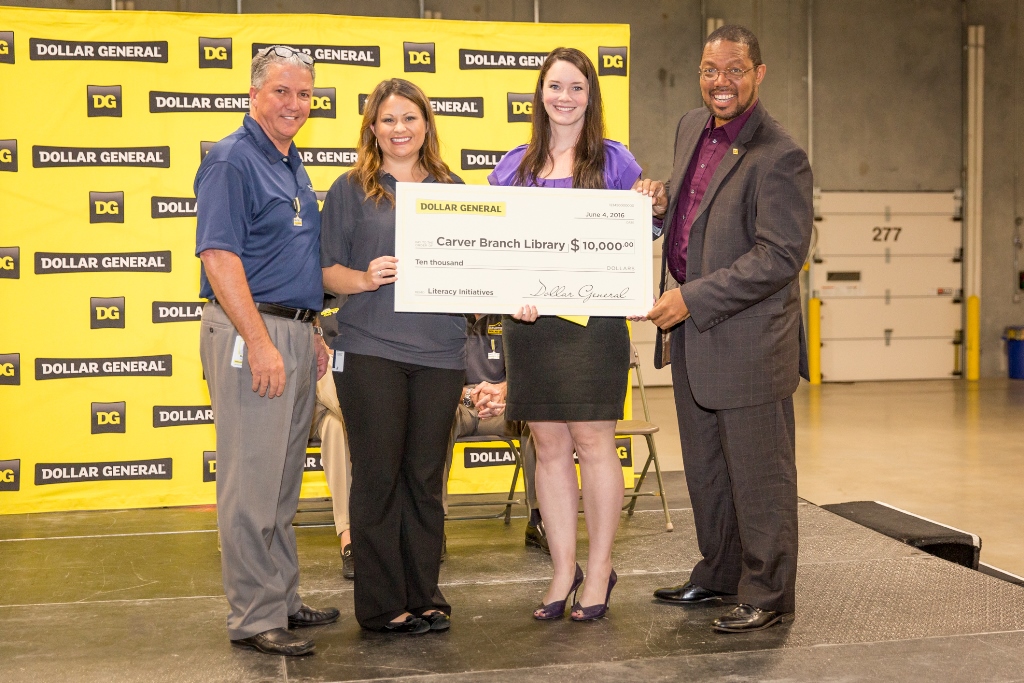