Seattle, 2016-Jul-16 — /EPR Retail News/ — Shirley Huang had a difficult time getting by in the most expensive city in America.

Unemployed and without stable housing in San Francisco, the 23-year-old’s life began to change when she met with the staff at YouthJobs+, which is supported by the United Way Bay Area.

“As soon as I got to YouthJobs+, we started working on my resume, did some job searching and the staff made calls to housing programs,” Huang said. “Within a month, I had found an internship and was accepted into a really cool housing program. Later this summer, I will attend the City College of San Francisco and I hope to one day have a job in the medical field.”

Huang was among the estimated 5.5 million young people ages 16-24 who are unemployed and not in school. Many nonprofit organizations across the U.S. are trying to decrease those numbers through programs that create pathways to opportunity.

Making the American Dream Possible for All
The Starbucks Foundation is supporting those efforts through Opportunity for Youth grants. Today the foundation announced $1.3 million in grants to 30 nonprofit organizations, including United Way Bay Area. The grants, which range from $10,000 to $100,000, are expected to impact more than 34,000 young people.

“We believe opportunity youth are the future of America’s workforce and simply need a chance to demonstrate their potential,” said John Kelly, Starbucks senior vice president of Global Responsibility, Community and Public Policy. “Together with our initiative to hire 10,000 young people by 2017, these new partnerships will help create thousands more opportunities through job readiness, training and additional educational programs that create pathways to success. We are proud to work with these local leaders to help make the American dream a possibility for all.”

This is the second year the Starbucks Foundation has awarded Opportunity for Youth grants, which build on the foundation’s legacy of supporting youth and investing in communities for nearly 20 years. The Starbucks Foundation’s work has helped inform and shape Starbucks ongoing commitment to communities across the country. That commitment includes bringing companies and nonprofits together for the 100,000 Opportunities Initiative, investing in new stores with onsite job training for youth in low-income communities, and galvanizing thousands of partners (employees) and youth for its annual Global Month of Service each April.

A New Perspective
Jauhniera Shaw came to STRIVE in late February 2016 because she was unemployed and looking for direction. STRIVE, an Opportunity for Youth grant recipient, is a nonprofit committed to helping individuals acquire the skills they need to overcome challenging circumstances and find sustained employment. Shaw attended STRIVE’S CORE program, which helps young people develop a strong work ethic and maintain a job.

“I needed a bit of fine-tuning,” she said. “By the end of the program, I had a new perspective about the way I should present myself to the world. STRIVE taught me to think about time management, being organized, being responsible, and planning for the future. It helped me pull everything together.”

While enrolled at STRIVE, Shaw attended a mock interview session and met a Starbucks store manager who encouraged her to apply for a job with the company. After an interview, Starbucks hired her and she’s been a barista since April.

“A lot of my friends wanted to work at Starbucks, so when I got the job, I really felt that I had accomplished something great,” Shaw said. “Starbucks saw something in me and I’m proud of that and thankful for the opportunity.”

Shaw has decided to pursue her education at Medgar Evers College while continuing to work at Starbucks. 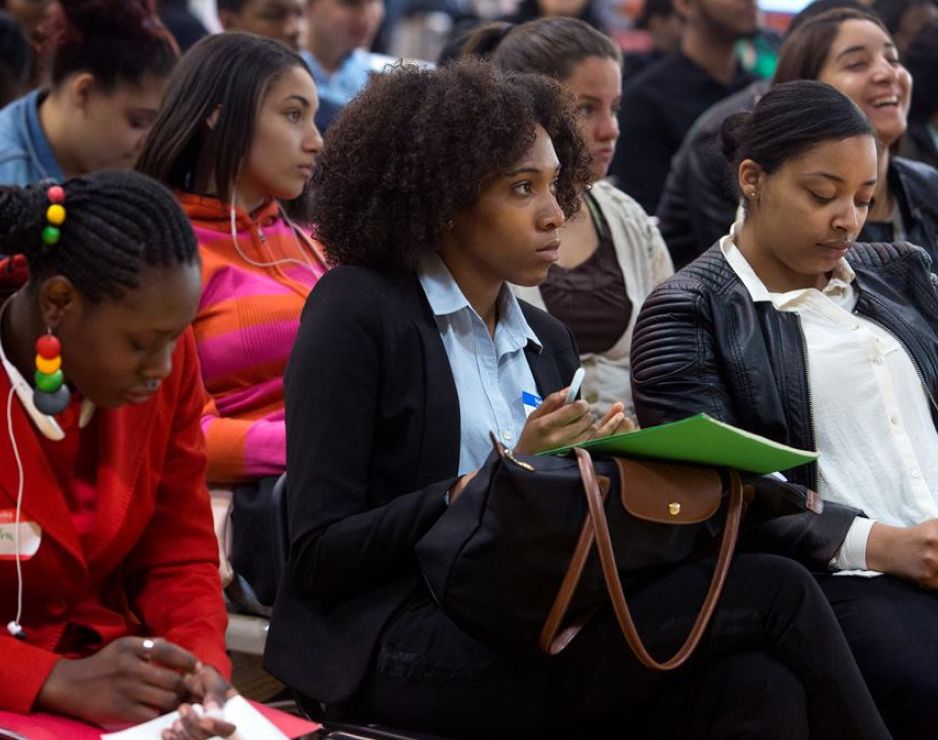 The Starbucks Foundation announced $1.3 million in grants to 30 nonprofit organizations