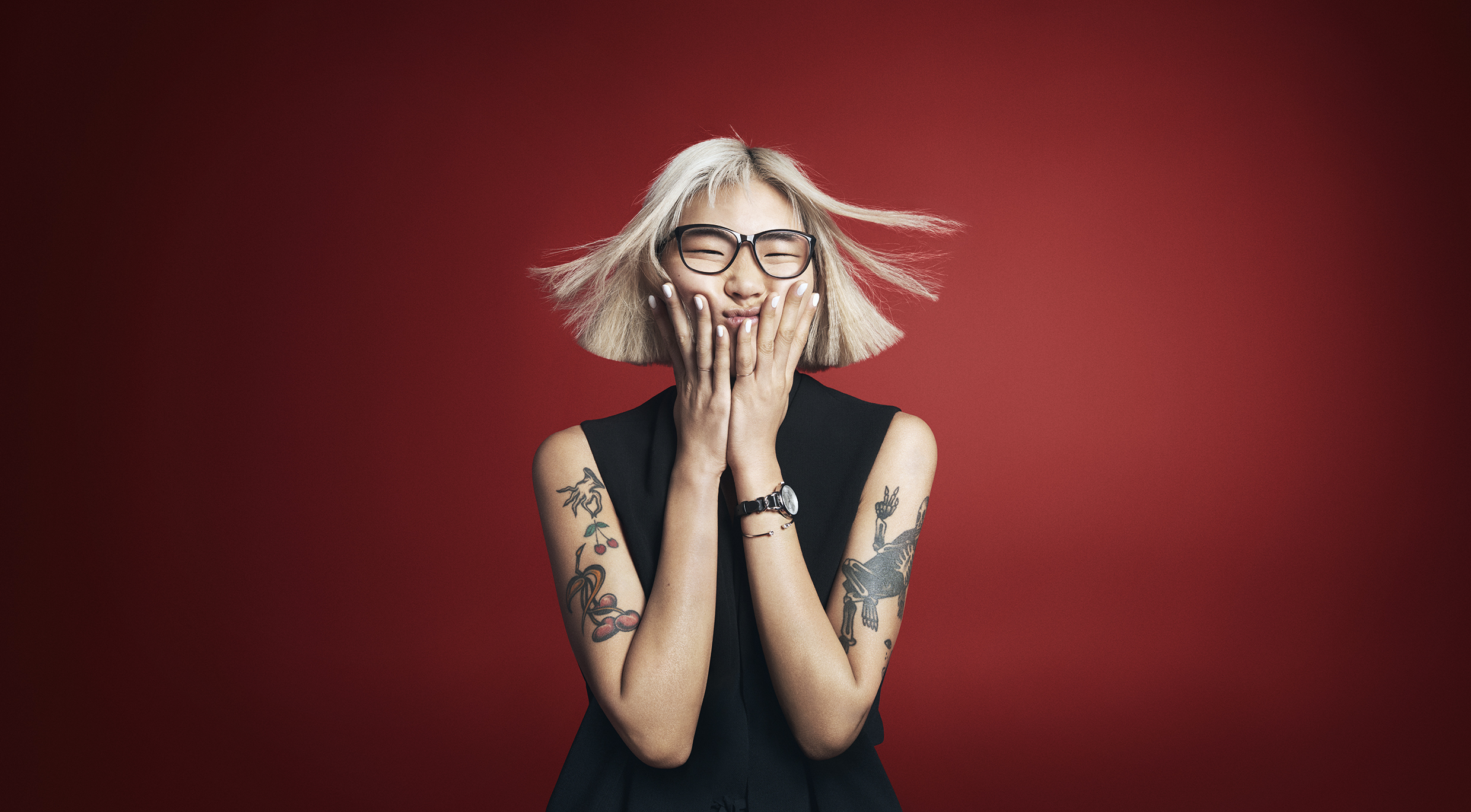 Shot in New York by Christian MacDonald, the campaign features a cast of 10 who bring their own #ImPerfect twist to the story. Set to the irresistible beat of MC Hammer’s ‘You Can’t Touch This’, the campaign film captures the electric energy that is synonymous with the mood of the season.

Photographed in a studio setting, the accompanying stills capture the models’ natural responses to the music that embody the sentiment of #ImPerfect. MacDonald, a former assistant of Steven Meisel, engages intensely with his subject thus bridging the divide between fashion and portrait photography.

The warm lighting lends itself to a visually upbeat mood, whilst the coloured backdrop captures the diverse range of textures and patterns in the FW 16 collection. The overall look is casual yet rich, thanks to lush and creatively textured knits, jacquards, wool and viscose fabrics. Kept wide with roomy popover tops and fluid blouses, and the new wider masculine pant and still popular culottes also have room to move. On the long and narrow, there are slim skirts and dresses, uncomplicated in cut and thus all the more striking, and the jumpsuit further continues its one-piece reign. Prints and patterns play a pivotal role, starting with wallpaper and muted Indian florals and paisleys plus novelty woven stripes and jacquards in earthy autumn hues. There’s a comfy, homey touch to it all, with slouchy sweaters, tops, slightly romantic dresses and skirts just waiting to be thrown on and enjoyed.

Letting go of all inhibitions, Esprit’s #ImPerfect campaign is a celebration of natural beauty and individual style as a confident and unique form of self-expression.

The campaign will be launched in September with a fun series of TV/Web TV spots, digital, print and out-of-home ads, and a social media presence that will run throughout the season. The campaign further supports Esprit’s ambitious marketing efforts to reintroduce and power the brand.