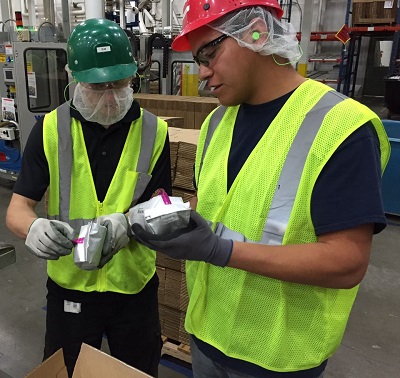 Starbucks announces the expansion of its York, Pa. distribution center

YORK, PA., 2016-Aug-16 — /EPR Retail News/ — The York Distribution Center expansion will increase Starbucks distribution capacity by 35 percent and will support the company’s deliveries to more than 3,000 Starbucks® stores across the Northeastern United States and parts of Canada and Europe. The distribution center is adjacent to Starbucks York Roasting Plant – one of the largest coffee roasting plants in the world. Based in York for 21 years, the plant employs more than 500 people and roasts over 3 million pounds of coffee each week.

“As we looked at our long-term growth plans for the business, and the current demands for distribution at scale, we needed to invest in additional capacity,” said Jim Wells, vice president of Starbucks Distribution and Supply Chain Operations. “Since opening our roasting facility here in 1995 with just a handful of people, we now have more than 500 full-time partners with plans to hire 300 more over the next three to five years. We’ve invested in the community of York for the past 21 years, and there’s no better location to continue to grow our business and create jobs and economic development.”

The facility is the single largest speculative project built in the area to date by Hillwood, the real estate developer for the project. “Central Pennsylvania’s continued growth creates an ideal area for logistics operators to expand their presence,” said Gary Frederick, Senior Vice President and Market Leader for Hillwood’s Northeast U.S. industrial business. “With numerous sites under construction, Hillwood sees continued growth and steady demand for industrial space in the market.”

“We are delighted that we are able to continue to work with Starbucks in 2016 as the company launches plans to increase its physical presence in York County and create 300 new jobs,” said Loren Kroh, Interim President and CEO, York County Economic Alliance.

Investing in Starbucks Inclusion Academy
As part of this expansion, the company will also further invest in The Starbucks Inclusion Academy, which is a unique on-the-job training program that helps individuals with disabilities gain meaningful work experience in manufacturing, warehousing and distribution roles. The academy’s six-week program runs throughout the year and has resulted in many participants being offered full-time positions at the Starbucks facility.

The Starbucks Inclusion Academy program formally launched in 2014 at the company’s roasting plant in Carson City, Nevada. Starbucks is collaborating with Nevada’s Department of Employment, Training and Rehabilitation (DETR) to execute the training program. The York plant is the second Starbucks facility to adopt the program. Similar training opportunities are being evaluated for the rest of Starbucks manufacturing plants and distribution centers across the nation.