The full lineup was announced today by Julie Adenuga, the London voice of Beats 1, an Apple Music radio station that celebrates the best new music every day. Apple Music lets fans get even closer to their favorite performers during the Apple Music Festival with exclusive playlists, artist news and backstage interviews throughout September. The 10 spectacular nights of live performances will be made available live and on-demand to Apple Music members in 100 countries on their iPhone, iPad, iPod touch, Mac, PC, Apple TV and Android phones.

“Over the past decade, the Festival has brought the biggest and best artists from all over the world to London and into the homes of millions of music fans,” said Oliver Schusser, Apple’s vice president of International Content. “This year’s Apple Music Festival builds on that incredible legacy and we couldn’t be more excited to have another amazing lineup to celebrate our 10th birthday.”

“I love London and performing at the Roundhouse! I can’t wait to see you there. It’s going to be magic!” – Alicia Keys

“We’re massively excited to play Apple Music Festival for many reasons, but mainly because it’ll be our first proper London show after the release of our new album, Wild World. The Roundhouse is such a beautiful venue and it’s in our hometown, so I can’t think of a better place to play a bunch of new songs for the first time.” – Bastille

“I’m so excited to go back to London, which is a special place for me to visit and I’m really looking forward to performing at the Apple Music Festival. It’s also their 10th birthday! It’s going to be a great party.” – Britney Spears

“I’m very excited to be headlining at this year’s Apple Music Festival at the Roundhouse in London, and for everyone around the world to be able to watch it live on Apple Music.” – Calvin Harris

“I am so excited to be playing at the Roundhouse. I love London and can’t wait to share this fantastic experience at the Apple Music Festival with my fans.” – Elton John

“We are looking forward to returning to the iconic Roundhouse this year to play one of our favorite festivals, the Apple Music Festival, and perform new music for our fans!” – OneRepublic

“We’re really looking forward to being a part of this year’s Apple Music Festival. We loved playing at The Roundhouse for the 2013 Festival and are excited to be heading back this year.” – The 1975

Apple Music Festival runs from September 18 to September 30. Fans based in the UK can apply to win tickets by entering prize draws on Apple Music, as well as through select media partners.

Apple Music is a single, intuitive app that combines the best ways to enjoy music — all in one place. Over 15 million paying subscribers are already enjoying hand-picked playlists based on the music they love, hearing new music first before anyone else and discovering new artists every day. 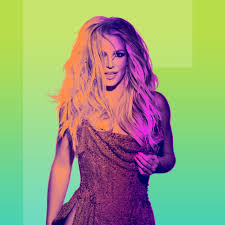