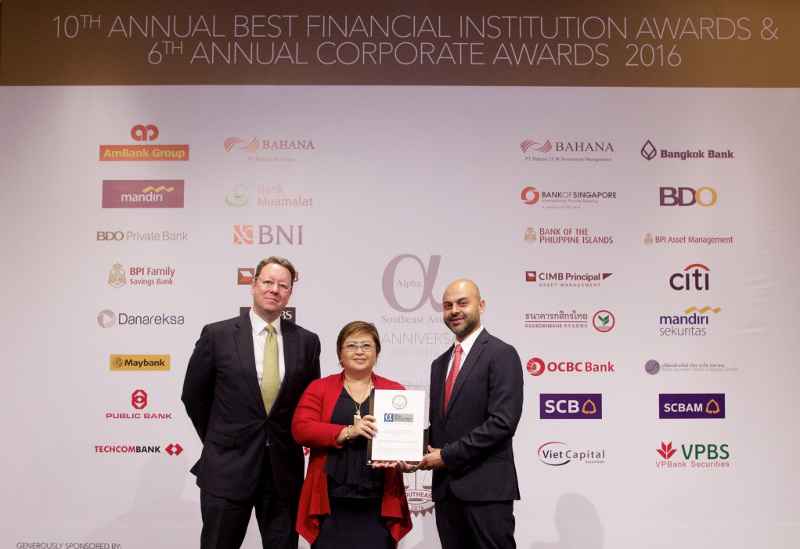 The awards were gathered from an annual poll conducted between February and June 2016 among 507 investors, pension funds, hedge funds, equity and fixed income brokers and analysts with investment interests in the Southeast Asia region. Listed-companies in the Philippines, Thailand, Singapore, Malaysia, and Indonesia were ranked according to investors’ perceptions of their performance in financial management, corporate governance, integrated reporting/ corporate social responsibility and investor relations’ strategy.

The awards presentation for the Philippine winners was held on September 1, 2016 at the Conrad Centennial Singapore.

Alpha Southeast Asia is a monthly magazine primarily written for institutional investors, asset and fund management companies in Hong Kong, Singapore, other parts of Asia, US, Europe and the Middle East. The magazine also has a strong following among the region’s largest local corporates.