Chennai, India, 2016-Sep-09 — /EPR Retail News/ —   Indian point of sale (POS) terminal market has grown up to worth INR 2.15 billion in 2015 and is poised to reach INR 3.86 billion by 2022 aided by unprecedented demand triggered by government’s move to open millions of bank accounts with ATM/debit/credit card facility, according to an analysis by the leading international research firm, Frost & Sullivan. 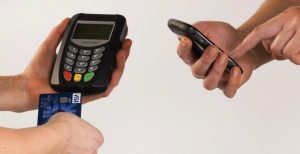 With government opening up banking sector to rural folks, India’s payment infrastructure is set to witness an explosive growth, and the country, which is presently the 13th largest plastic economy in the world, has a great potential to scale up the ranking as more retail businesses are being introduced to PoS systems.

The study by Frost & Sullivan titled – Analysis of the Indian Point-of-Sale Terminals Market -says that India, with 35% of population presently having bank accounts, will also witness a huge demand for wireless POS terminals owing to less complexity and ease of use.  The wireless PoS terminal market is growing rapidly and will surpass wired terminals by 2022, the study said.

The researchers however felt that India’s payment terminal market though growing at a faster pace than its South East Asian peers, its penetration and usage was much less compared to Western counterparts. This is primarily due to a wide gap between the number of plastic cards issued against the number of installed PoS terminals and reluctant to adopt POS terminals by small and medium business establishments.

“In order to introduce banks to the huge population in India, private and nationalized banks should play a key role in rapidly expanding their operations across all tiers of cities,” felt Aiswarya KG, Frost & Sullivan Electronics and Security Research Analyst, who further added that there should be a concerted effort to create awareness on security of bank accounts and transactions which will change customer sentiment and promote cashless transactions.

In India, PoS terminals are widely used in Tier-1 cities while Tier-2 and Tier-3 cities are catching up gradually. Projects such as Jan Dhan and Micro ATMs are upping the usage of PoS terminals in rural areas.  Also, the recent introduction of chip-plus-pin authentication provides double security advantages for consumers making transactions through cards.

The accelerated growth of cashless transactions using credit/debit cards by e-commerce websites are surely going to make a dent on POS terminal market, the report felt, which further added that though card-on-delivery is gaining momentum across major cities, online transactions have gained the lion’s share in the digital transactions. 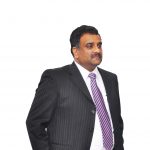 “Interestingly, more than 80 per cent of retail businesses in India still do not have a PoS terminal as they do transactions through traditional means. With the present government pushing cash-less transactions across the nation, there will be more adaptation for plastic currency, with card issuers, banks and retailers offering value-added services for card holders,” says Bhaskar Venkatraman, Founder and Director of JusTransact.com, a leading e-commerce portal in India for Point of Sale products such as POS terminals, barcode scanners, receipt printers, barcode printers, hand-held terminals, etc.

Justransact.com is an e-commerce venture of Millennium Retech Ventures India Pvt. Ltd promoted by Millennium Group. JusTrasact.com was launched with a sole motive of providing reliable, affordable and scalable POS solutions to the fast growing retail sector in India. POS technology facilitates small, medium and large businesses automate their activities, enhance customer experience and also make them competitive with established players. The portal has made world-class cutting-edge POS Hardware, Software and Knowledge accessible to retailers. Headquartered in Chennai and having branches in major cities in India, Justransact.com offers one-stop solution for all kinds of POS needs to both retail and non-retail business applications. The portal currently sells 1000+ POS products of 15+ categories from 40+ world’s leading brands.