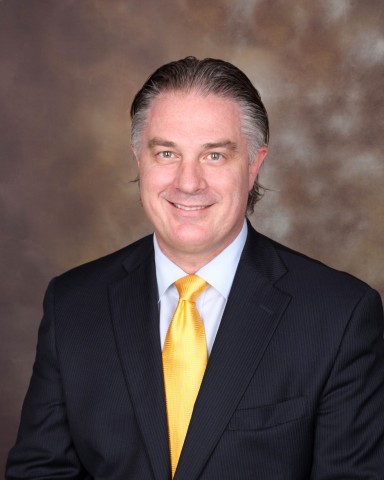 Sharp, a 20-year veteran of Walmart International, is leaving his post as president of Walmart Asia Realty where he oversees the company’s Asia real estate portfolio, mall developments and has been responsible for all aspects of business planning, real estate, realty partnerships and mergers and acquisitions. He has led the company’s expansion in China and entry into India, Japan and South Korea.

“Asia is an important growth vehicle for Taubman and our future success in the region will rely greatly upon Peter’s expertise and leadership,” said Taubman. “We are delighted to welcome him to the executive team next year.”

Tremblay joined Taubman in 2010 as president of Taubman Asia. He is responsible for the company’s expansions in the region that include the ground-up development properties in China, City On.Xi’an (opened April 2016) and City On .Zhengzhou (opening March 2017), and Starfield Hanam in South Korea (opened Sept 9, 2016). He also led Taubman’s third party management and leasing efforts behind The Boulevard at Studio City in Macau and IFC Mall in South Korea.

“René is a tremendous, highly respected leader who has expertly guided us through our entry into the Asian market,” said Taubman. “He has built an outstanding platform for our future growth in the region and we thank him for his numerous accomplishments as he assumes this new role.”

About Taubman
Taubman Centers is an S&P MidCap 400 Real Estate Investment Trust engaged in the ownership, management and/or leasing of 26 regional, super-regional and outlet shopping centers in the U.S. and Asia. Taubman’s U.S.-owned properties are the most productive in the publicly held U.S. regional mall industry. Founded in 1950, Taubman is headquartered in Bloomfield Hills, Mich. Taubman Asia, founded in 2005, is headquartered in Hong Kong. www.taubman.com.

This press release may contain forward-looking statements within the meaning of Section 27A of the Securities Act of 1933, as amended, and Section 21E of the Securities Exchange Act of 1934, as amended. These statements reflect management’s current views with respect to future events and financial performance. Forward-looking statements can be identified by words such as “will”, “may”, “could”, “expect”, “anticipate”, “believes”, “intends”, “should”, “plans”, “estimates”, “approximate”, “guidance” and similar expressions in this press release that predict or indicate future events and trends and that do not report historical matters. The forward-looking statements included in this release are made as of the date hereof. Except as required by law, we assume no obligation to update these forward-looking statements, even if new information becomes available in the future. Actual results may differ materially from those expected because of various risks, uncertainties and other factors. Such factors include, but are not limited to: changes in market rental rates; unscheduled closings or bankruptcies of tenants; relationships with anchor tenants; trends in the retail industry; the liquidity of real estate investments; the company’s ability to comply with debt covenants; the availability and terms of financings; changes in market rates of interest and foreign exchange rates for foreign currencies; changes in value of investments in foreign entities; the ability to hedge interest rate and currency risk; risks related to acquiring, developing, expanding, leasing and managing properties; changes in value of investments in foreign entities; risks related to joint venture properties; insurance costs and coverage; security breaches that could impact the company’s information technology, infrastructure or personal data; the loss of key management personnel; terrorist activities; maintaining the company’s status as a real estate investment trust; changes in the laws of states, localities, and foreign jurisdictions that may increase taxes on the company’s operations; and changes in global, national, regional and/or local economic and geopolitical climates. You should review the company’s filings with the Securities and Exchange Commission, including “Risk Factors” in its most recent Annual Report on Form 10-K and subsequent quarterly reports, for a discussion of such risks and uncertainties.