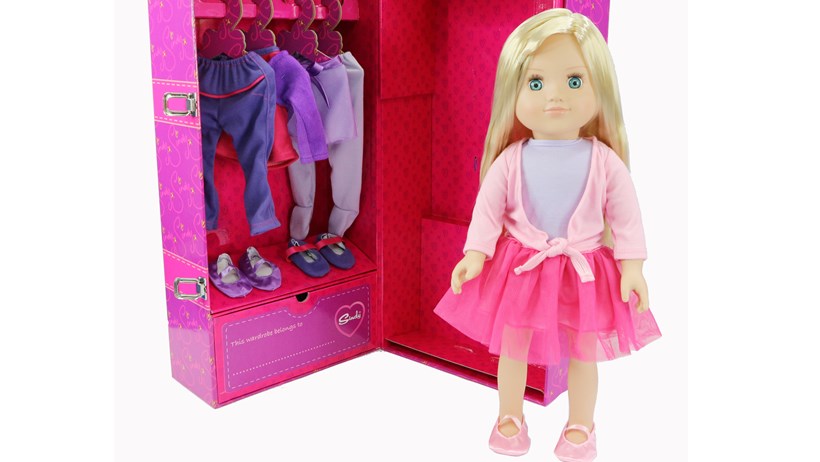 CHESHUNT, England, 2016-Sep-15 — /EPR Retail News/ — Sindy, one of Britain’s most iconic toys, is making a comeback after being given a 21st century makeover by Tesco.

The glamorous doll has been revamped exclusively by Tesco which has made her seven inches taller with a fresh new look.

Sindy was, for many years, the UK’s best-selling toy delighting generations across the world after being launched in the early 1960s.

Sindy’s fashionable clothes, popular accessories and playsets made her an iconic doll and 150 million were sold worldwide.

Tesco believes she can once again become a British favourite toy.

Tesco head toy buyer Dawn Lavalette explained:“Sindy stood out from other dolls and her captivating, angelic look made her popular all over the world.

Now we’ve restored her beautiful and unique look and worked with our own top fashion designers to come up with a dazzling new range of clothes.

We also think that many mums out there who were fans of the original doll themselves will secretly want one too.”

Besides her new 18 inch height Sindy will have a new, refreshed look with a set of 11 on-trend outfits for both day and nightwear, created by Tesco’s own top fashion designers.

The range will also include eight pairs of shoes including trainers, boots and sandals plus accessories for her hair and jewellery.

In addition, she will also have three friends – Zoe, Kate and Laura.

Dawn Lavalette added:“This is just the start of the Sindy revival and next year we will have a whole range of exciting additions for customers to add to their collection including more playsets and stylish outfits.”

Tesco has licensed the Sindy brand from its Exeter-based owners and creators Pedigree Toys.

A brief history of Sindy

1965 – Sindy gets a guitar-playing boyfriend called Paul, believed to have been based on Beatle Paul McCartney.

1975 – A styling head is introduced with hair that can be washed, set and even shampooed.

1975 – A fully-jointed, active body arrives dressed as a ballet dancer.

1976 – Sindy Scenesetters are launched – a range of settings for her to live in.

1991 – Smash Hit Sindy sees a look that echoes the pop stars in the music charts.