“Apple is committed to running on 100 percent renewable energy, and we’re happy to stand beside other companies that are working toward the same effort,” said Jackson. “We’re excited to share the industry-leading work we’ve been doing to drive renewable energy into the manufacturing supply chain, and look forward to partnering with RE100 to advocate for clean-energy policies around the world.”

The company continues to invest in high-quality, clean energy projects to help it meet and maintain its goal, and Jackson announced today that Apple has completed construction on its latest renewable energy project — a 50-megawatt solar farm in Arizona. Apple worked with local utility Salt River Project on the solar array, which will provide renewable power to Apple’s global command data center in Mesa, Arizona. That’s equal to the energy use of over 12,000 Arizona homes.

On the heels of Apple supplier Lens Technology’s clean energy commitment announced last month, Solvay Specialty Polymers, which supplies Apple with antenna bands for iPhone, also made a new commitment, pledging 100 percent renewable energy for all Apple production. This covers 14 manufacturing facilities across 8 countries by the end of 2018.

Catcher Technology, one of Apple’s largest aluminum enclosure suppliers, also is targeting 100 percent renewable power for its production of Apple goods by the end of 2018, leading to an emission reduction of nearly 600,000 metric tons a year.

Altogether, Apple suppliers’ commitments to-date will represent over 1.5 billion kilowatt hours per year of clean energy used in the manufacturing of Apple products by the end of 2018, equal to the amount of electricity consumed by over 1 million Chinese homes. 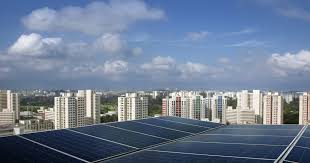