Dallas, TX, 2016-Sep-20 — /EPR Retail News/ — The owner of the Burbank Town Center has been making minor renovations to the interior of the retail center to revitalize the facility, but soon CAPREF Manager LLC will be giving it a face-lift on its Magnolia Boulevard side.

The Burbank City Council unanimously approved on Tuesday use of an easement at the city’s public right-of-way in front of the mall to allow CAPREF to construct an outdoor escalator leading up to the second floor. Additionally, the property owner will be making sidewalk improvements at Magnolia and San Fernando Boulevard.

The easement, which spans out about 5 feet into the sidewalk, was needed to allow the mall’s owner to build the escalator, said Scott Plambaeck, a senior planner for the city.

The overall project on the Magnolia side of the mall will entail improving the façade by converting a portion of the second-floor frontage into an outdoor dining area that can also be a public gathering spot, said Lance Taylor, a director at CAPREF, on Thursday.

“We’re going to take most of the existing food court tenants and move them down to the first floor,” he said. “Then we’re trying to find new restaurants that are more of the sit-down type and will be located at that dining terrace.”

Taylor added that though the City Council has allowed his company to improve the sidewalks and granted the use of the easement, CAPREF still needs the appropriate permits to begin construction on the façade and escalator. He said he expects to receive the permits and start construction around the end of this month.

CAPREF, which also owns the Glendale Marketplace in Glendale, the Paseo Colorado in Pasadena and the Strand in Huntington Beach, is spending about $60 million in improvements to the Burbank Town Center to update the mall to modern standards and expectations.

With the advent of online retail digging into the profits of brick-and-mortar stores at the mall, Taylor said the Burbank Town Center needs to become more than a place to shop.

In addition to the construction of the outdoor escalator, CAPREF will be making more improvements to the mall’s interior, including updating the flooring, adding more seating and creating a more modern-looking space.

“The mall looks like it’s 30 years old and, when you walk in there, you feel like you’re in 1985,” Taylor said. “Hopefully, by spending the capital that we’re spending to upgrade and refresh the mall, we’ll be able to attract a little more national credit and bring some more entertainment venues.”

CAPREF will be doing updates to the interior during the fall and will slow down during the holiday season. Taylor said that construction at the mall will ramp up in January and that the entire renovation is expected to be complete in November 2017. 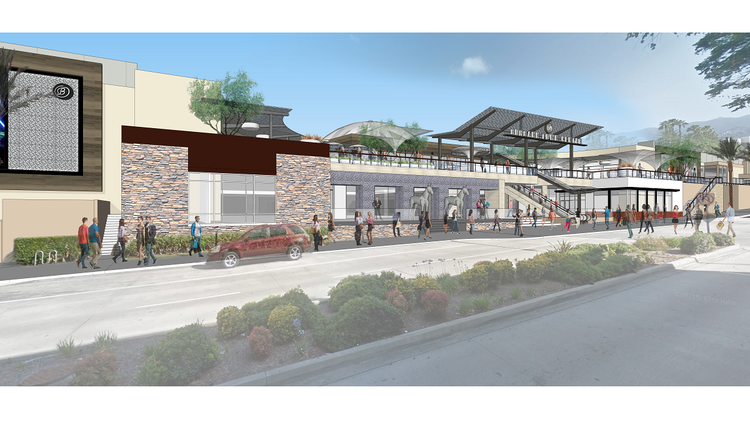 CAPREF to give face lift to Burbank Town Center