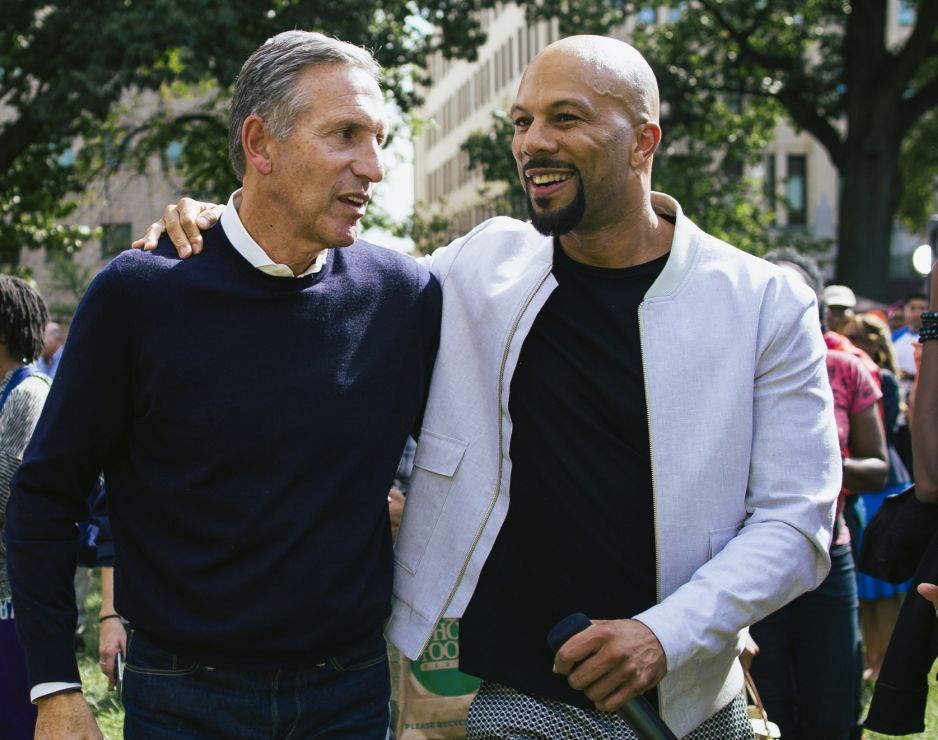 “In this political season, whether you are Republican or Democrat, one thing is for certain and that is history has shown us that in local, state, federal and even presidential election cycles, almost half of the country is not voting,” Schultz told the crowd. “So with TurboVote, Democracy Works, Starbucks and people like Common, we have been going around the country trying to make sure that everyone understands that the country has been built not only on our democracy, but on participation.”

Common said he’s become an advocate of voter participation after being a skeptic when he was younger, in part due to his participation in the 2014 film “Selma,” which chronicled Martin Luther King’s 1965 campaign to gain equal voting rights. “I really appreciate the ability to vote now, because I appreciate that people died so we could vote,” said Common. “I put the responsibility and accountability on you right now to know who is running in office locally, state-wide and federally who’s going to make the change that you want to happen.”

Schultz and Common visited a nearby Starbucks that opened on the corner of Sutphin Boulevard and 89th Avenue last spring as part of the company’s efforts to support economic development and social change in at least 15 diverse, low- to medium-income communities.