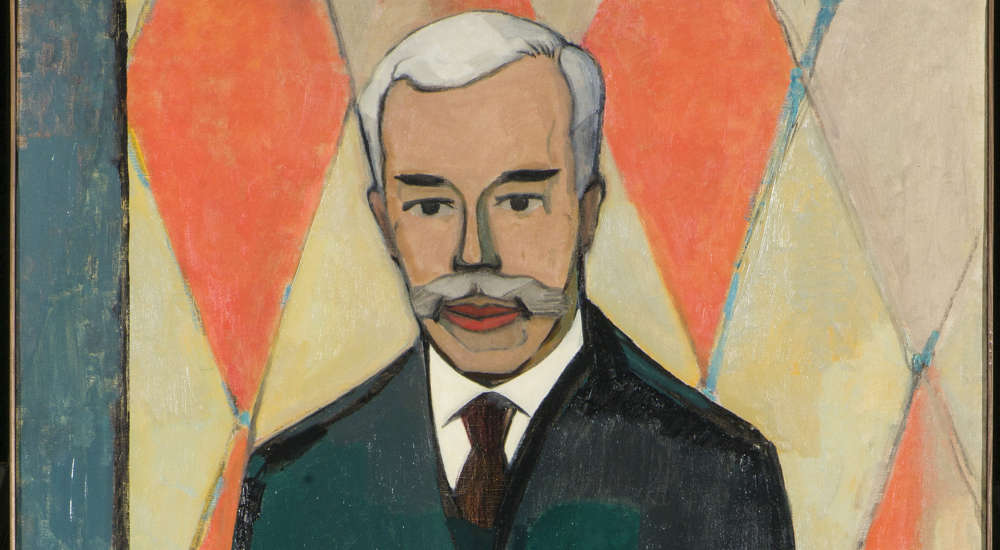 Paris, 2016-Oct-19 — /EPR Retail News/ — The exhibition Icons of Modern Art. The Shchukin Collection, which runs at the Fondation Louis Vuitton until February 20, 2017, pays tribute to Sergei Shchukin, one of the most influential patrons of the arts of the 20th century. A portrait of this visionary philanthropist, an ardent supporter of avant-garde art and an early proponent of the cubofuturist, suprematist and constructivist movements.

The third in a family of ten children, Sergei Ivanovitch Shchukin was born into a family of textile merchants in Moscow in 1854. He would later take control of the family firm, Shchukin & Sons, becoming one of the leading textile traders in Moscow. He traveled extensively to Central Asia and India, seeking materials to satisfy demand in Russia for patterned fabrics. The well-known industrialist married Lydia Koreneva in 1884 and moved to the Trubetzkoy Palace in Moscow to raise their family. Shchukin began collecting art during this period, acquiring paintings by Norwegian, German and English artists, and met prominent art dealers including Paul Durand-Ruel, Ambroise Vollard and Berthe Weill.

Between 1897 and 1907 he put together an already impressive collection that counted 13 Monets – including “Le Déjeuner sur l’Herbe” – eight Cézannes, 16 Gauguins from the painter’s Tahitian period, four Van Goghs, three Renoirs, five Degas and a host of other works. In addition to collecting, Shchukin also focused on composing how the paintings were displayed, notably the Gauguins, which he hung side by side, evoking the style of Orthodox icons. The striking collection soon drew an enthusiastic following among intellectual and avant-garde circles.

In 1908 he began opening his collection to the public every Sunday morning. Art lovers flocked there, and his bold choices were applauded by Russia’s avant-garde artists. The display of his collection played a seminal role in inspiring a revolution in Russian pictorial art, giving birth to Russian cubism, suprematism and constructivism. That same year Matisse introduced Shchukin to Picasso, nearly 50 of whose works the collector subsequently acquired.

The Russian Revolution in 1917 overthrew the monarchy, and the new era was welcomed by Moscow’s artistic community. Shchukin was lauded as a visionary by progressive artists and his exemplary collection embodied the most radical art of the times. Destiny, however, separated him from his collection in 1918 after Lenin came to power and the government seized the Shchukin estate. His collection was declared “the property of the people”.

The Trubetzkoy Palace subsequently became the first museum of modern Western painting in the country. Shchukin died in Paris in 1936 and thus did not see his collection split in 1948 between the Pushkin Museum in Moscow and the Hermitage Museum in Saint Petersburg.

The Shchukin collection has now been reunited and displayed for the first time outside Russia at the Fondation Louis Vuitton in Paris.