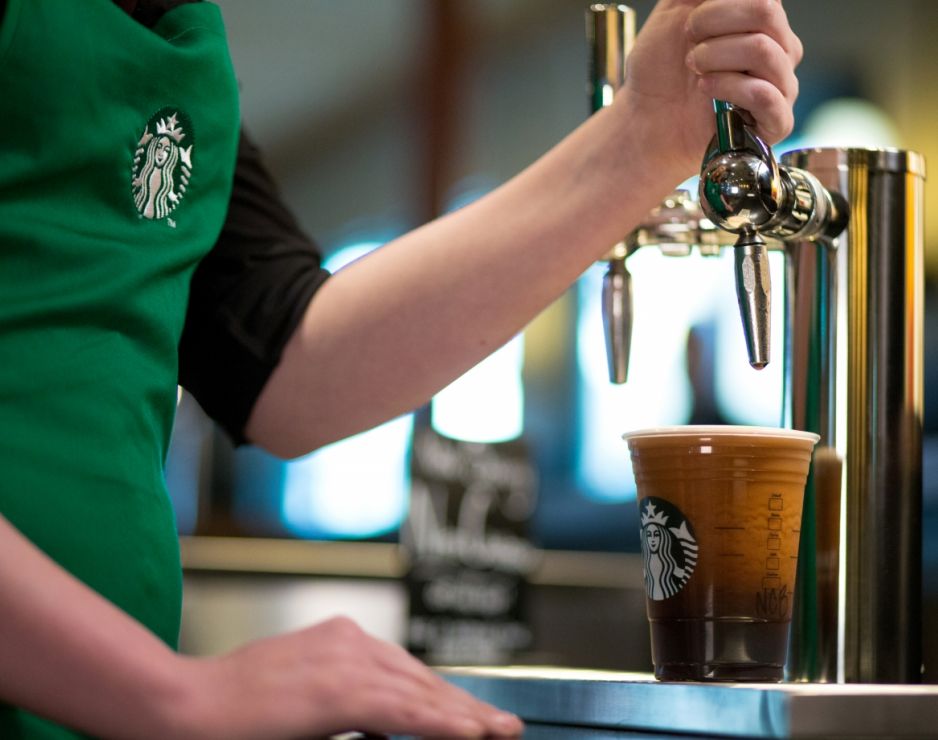 Canada, 2016-Oct-23 — /EPR Retail News/ — Starbucks Canada has announced that Brookfield Place in Toronto is the first location to launch Nitro Cold Brew, with more locations to come across Canada over the next several months. Following the roll out, Starbucks will be the first retailer in Canada to offer Nitro Cold Brew at scale.

Nitro Cold Brew is Starbucks newest take on its signature Cold Brew, infused with nitrogen for a smooth, creamy texture. After handcrafting the Cold Brew recipe, baristas perfect the pour by pulling the tap and allowing the Cold Brew coffee to mix with the nitrogen to deliver an entirely new cold coffee experience. Nitro Cold Brew is deliciously cold right out of the tap so it is served without ice and as with Cold Brew, it’s served unsweetened to highlight the flavour the cold brewing process brings out in the coffee.

While premium handcrafted espresso continues to be a best seller; the company is experiencing an increased shift in consumer preference to cold versions of these beverages. Iced beverage sales saw approximately 30 per cent growth over the past two years and represents one of the fastest growing areas of the business. Approximately one in two beverages sold out of home in Canada are cold and Starbucks expects to more than double the size of its cold beverage business in Canada within five years.

“Our success is rooted in delivering exceptional customer experiences through significant investments in technology, new store formats and coffee-forward product innovation. We know that our customers are seeking flavour experiences that are unique and Nitro Cold Brew delivers on a cold coffee experience that we know they will enjoy,” said Rossann Williams, president, Starbucks Canada. “When we combine innovation with an engaging barista who is skilled in making handcrafted customized beverages, it produces something really special.”

The introduction of Cold Brew in March 2015 was received with an exceptional Canadian response, fueling +65% Cold Coffee growth at launch time. Following the highly successful nationwide launch the company introduced new innovation with the Vanilla Sweet Cream Cold Brew in June 2016, which is now available throughout the year, and is now offering Canadians even more coffee-forward innovation with the introduction of Nitro Cold Brew.

“For over 40 years we have perfected the craft of roasting and brewing the finest hot coffee and while we have always offered our customers new options in cold coffee, nothing will compare to the pace of flavour, craft and brewing innovation we will see in the next few years,” Williams added.