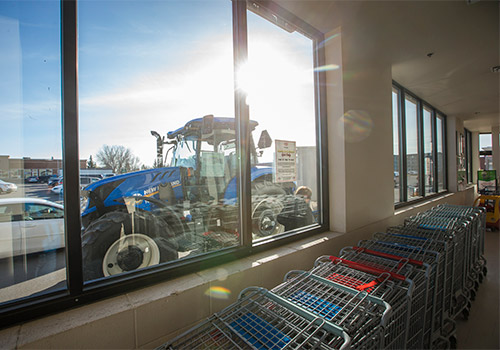 This fall, Federated Co-operatives Limited (FCL) and retail co-ops across Western Canada were among the partners participating in FCC’s annual food drive.

The 2016 campaign has collected more than 6.7 million meals for food banks across the country, including more than 1.76 million in British Columbia, Alberta, Saskatchewan and Manitoba.

FCL also provided $15,000 in Co-op Gift Cards to the campaign, which will be provided to local food banks in those communities.

“FCC Drive Away Hunger is about working with our partners, FCC offices and schools across Canada toward a common goal of reducing hunger in our communities,” said Michael Hoffort, FCC president and CEO, in a media release. “It draws an important connection between those who produce our food and those in need of a helping hand.

“I’m once again overwhelmed by the generous support of our customers and partners — we couldn’t have done this without them.”